Opinion: Is the EU’s model of sustainability really sustainable? 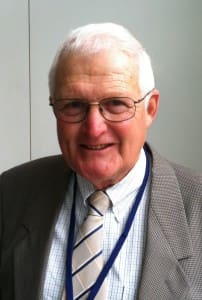 The concept of sustainability for the global meat industry is entrenched in the Socialism of the European Union. The recent conversations, make no mistake, are about an ideology that derives from the counter-productive elements of their society: a large, restrictive bureauracy; animal welfare excesses; and layers of costly governments.

The effect upon us, as Australian beef producers, is through the Common Agricultural Policy (CAP).

The CAP is a massive slush-fund with a socialistic approach to making the EU self-sufficient in food. It is, what we are not. It has high visibility of Environmental and Green Groups that have no qualms about reducing productivity to naively believe they can save the planet., while overlooking the fact that the world must be fed.

The CAP is underpinned by a massive budget across the EU’s 27 member-nations of 200 billion euros over four years.

There is no comparison between what occurs in Europe and Australia because of these mind-boggling subsidies.

A trip I undertook to Ireland and Great Britain specifically to interact with all levels of their industry exposed the massive contrast due to CAP subsidies. These are generated by points that they perceive as sustainable, such as landscape; high quality food at affordable prices; attractive countryside; rural tourism; beauty of land and biodiversity; threats by bad practices; contributions to climate change; and making ‘country life’ sustainable.

Cattle producers in Ireland enjoyed subsidies that we calculated at 500 Euros per head (A$900).

However we were corrected about that link with their understanding the connection to sustainability. What does that mean? We cannot talk that language.

Productivity gets no mention. If we capitulated without our major focus on productivity and profitability we would be financially destroyed.

We are currently in a crisis. This sustainability debate guarantees cattle producers will stay there, with a predictably disastrous outcome.

The debate we do not need. Predictably to achieve an outcome entrenching roles for all the counter-productives who would like to guarantee their longevity by getting their claws into our industry, as they have in Europe. When clearly our industry’s future is in Asia.

As for McDonald’s and some industry participants in the chain that would like to entrench the levels of profitability recently enjoyed where at the marketing level of our crisis we were weak sellers. We must ensure structures and components of exploitation are identified and dealt with. This is a separate challenge.

The CAP has an entrenched philosophy that will not change. We should be analysing, at Government level, reasons behind this destabilising influence at a time of crisis in our cattle industry.

This has the Common Agriculture Policy written all over it: by that, I mean global sustainability is global socialism. They will not mention the subsidies and the massive global trade distortions they cause and we have to live with.

* David Woolrych spent a lifetime working in the Australian meat industry. He was formerly the managing director of the cooperatively-owned South Burnett Meatworks near Murgon in southern Queensland, and spent lengthy periods as a director of the Beef CRC and the Meat Research Corporation. He also sat on the Federal Government’s Agrifoods Council of Australia. Today he is a producer of EU-accredited cattle on a property in Queensland’s South Burnett district.