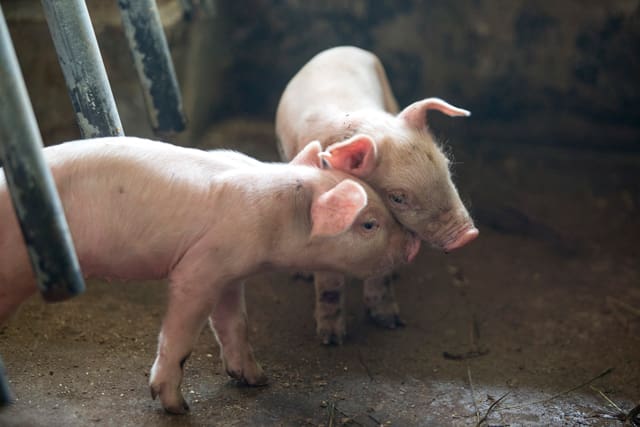 Almost 5 million pigs in Asia have now died or been culled because of the spread of African swine fever, a contagious viral disease that affects domestic and wild pigs and that was first detected in Asia one year ago this month.

While not dangerous to humans, the disease causes up to 100 percent fatality in pigs, leading to severe economic losses to the pig sector.

The latest data provided by FAO indicates that current losses represent more than 10 percent of the total pig population in each of China, Viet Nam and Mongolia.

With FAO support, other countries in the region are ramping up preparedness efforts to prevent further spreading of the disease.

“As there is no commercially available vaccine, we need to place greater emphasis on other disease counter efforts. Countries must be vigilant at borders – land, sea or air – in preventing the disease’s entrance and spread through the introduction of infected pigs or contaminated pork products. Outbreaks need to be reported immediately,” said FAO’s Chief Veterinary Officer Dr Juan Lubroth.

“We are urging at-risk countries to implement effective biosecurity measures to prevent infected live pigs or contaminated pork products from crossing their borders,” he said.

African swine fever was first detected in Africa in the 1920s. On top of the Asian outbreak, Europe is currently experiencing a slowly-spreading epidemic among some of its wild pig population and some countries have introduced tight restrictions to limit the movement of wild pigs.

Healthy pigs can become sick through contact with an infected pig, particularly where blood is present. Infection can also occur if a pig consumes raw contaminated swill or undercooked or raw pork products. Farm workers’ contaminated footwear, clothes, tools or other equipment can also spread infection.

Emphasizing the importance of best practices, FAO urges farmers affected by ASF to not move their pigs or pig products, emergency operators and veterinary authorities to oversee pig carcass disposal through burning or burial on location, and for countries to have sound compensation strategies in place to support cooperating farmers.

The outbreak is particularly affecting vulnerable small-scale farmers who may lack the expertise or funds to protect their animals from the disease.

In Viet Nam, the pork industry makes up almost 10% of the country’s agriculture sector and pork meat accounts for almost three quarters of meat consumed. The country has, to date, culled approximately three million pigs in an effort to curb the spread of the disease, raising concerns that ASF could contribute to an increase in food insecurity in already-challenged communities.

In China, there are at least 26 million pig farming producers, and about 50 percent of total pork production is by small-scale farmers.

“Some farmers have lost their entire pig herd to the disease and it may take badly-affected countries years to recover from the socio-economic effects of the outbreak,” Lubroth said.

FAO’s Emergency Management Centre for Animal Health (EMC-AH) has deployed several response teams to assist countries in curbing the disease, in collaboration with the World Organisation for Animal Health (OIE). The teams worked with veterinary services and government representatives to increase biosecurity measures in and around farms, and advise on effective culling techniques that respect international animal welfare standards.

The EMC-AH has also responded to requests from ASF-free countries in the Asia region for guidance on protecting against the disease. In addition, the centre activated an ASF Incident Command Group in order to streamline FAO’s activities and key messages on the disease.