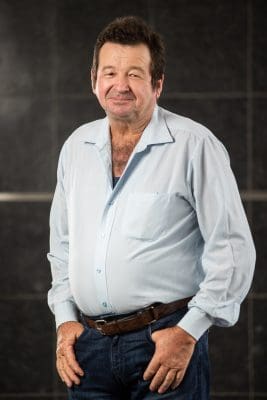 Mr Rathsmann has served on CCA board as the Northern Territory Cattlemen’s Association representative since 2016, and is the first representative from the NT to be elected to CCA’s presidency. He owns and operates Mt Ringwood, a beef cattle and estuarine buffalo enterprise near Adelaide River in the NT’s top end.

He paid tribute to outgoing president, Tony Hegarty, who steps down after two years as president.

“Tony has been an upstanding leader for beef cattle producers right across the country,” Mr Rathsmann said.

“I’m committed to building on Tony’s work to make sure beef cattle producers’ get a fair go.

“Our customers can be assured Australian beef is safe, healthy and sustainable which is backed up by our world-class integrity systems.

Mr Rathsmann also congratulated Lloyd Hick who has been elected vice president and reappointed to the board as the AgForce Queensland director.

He also acknowledged David Hill, who has retired as the independent northern director.

“David has been an important leader for our industry over the past six years, heading up CCA’s Industry Systems and Food Safety Committee,” Mr Rathsmann said.

He is succeeded as northern independent director by Alice Greenup from the South Burnett region in Queensland.

“I look forward to working closely with all members of the Cattle Council and its staff, to drive positive outcomes for the beef industry,” Mr Rathsmann said.