NSW Farmers Biosecurity Chair Ian McColl has criticised politicians and pundits stoking outrage about foot and mouth disease, saying it is a serious issue that needs unity, not division. 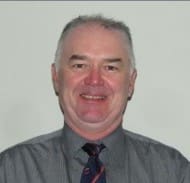 The Balinese outbreak of FMD – a highly-infectious disease that could cost Australia $80 billion – is rightly concerning, Mr McColl (righ) said, but he warned cheap politicking was counter-productive.

“I see some people out there using this outbreak as a weapon to further their own ends, and frankly it’s pretty disappointing,” Mr McColl said.

“What Australia needs is all levels of government and all members of the community to come together and keep this disease out. Fanning the flames of fear will not help one little bit.”

According to the World Organisation for Animal Health, FMD is endemic throughout much of Asia and in most parts of Africa and the Middle East. There is a risk that trade or travellers to any of these countries could bring FMD into Australia, Mr McColl said, which was why it was so important to have strict biosecurity controls at our border.

“Last week we saw FMD fragments detected that didn’t come from Bali on a tourist’s thongs, they came in meat products from Asia,” Mr McColl said.

“Those people out there suggested we need to slam shut travel to Indonesia don’t understand that would only give a false sense of security, which could actually increase the risk of FMD coming from elsewhere.

“We have strongly advocated for the federal government to boost screening and put foot baths at our airports, the state government has boosted biosecurity funding, now it’s up to all of us to do the right thing and stop spreading fear and rumour.” From World Organisation for Animal Health: