Northern Australia back on Federal agenda after unanimous Senate vote

The Federal Government has relented under fierce criticism and agreed to back a motion moved by Senator Susan McDonald to reinstate a parliamentary body to oversee issues and development in Northern Australia. 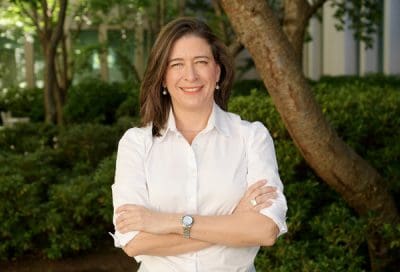 She said she drafted a motion to reinstate the committee and began canvassing independent Senators for their support in a vote.

“The response I received from the independents was fairly positive and then Labor approached me and agreed to negotiate forming a new committee,” she said.

“The negotiations resulted in the establishment of a Joint Select Committee and ensures Northern Australia will continue to have a strong focus in Canberra.

“This motion was unanimously supported.”

“Northern Australia is of national significance. People in Melbourne and Sydney rely on minerals from this part of the country, much of the food they eat was likely grown in the North and mining royalties and taxes paid in the North fund roads and healthcare Australia-wide,” she said.

“There was no way people in the North would accept less of a voice in Canberra and I congratulate Labor for recognising their short-sighted error and rectifying it as quickly as possible.”

Senator McDonald said she had received scores of complaints from Northern Australia community leaders concerned that Labor’s move would result in less funding for infrastructure and could even herald an intention to scrap the federal Northern Australia agenda altogether.

“The Coalition launched this agenda in 2014 and this has resulted in record roads and telecommunications funding, unprecedented collaboration across private and public sectors, increased indigenous participation, and renewed business confidence,” she said.

“Northern Australia’s contribution to the national economy runs into the hundreds of billions of dollars each year from agriculture, mining, tourism and emerging industries.

“It is also the first line of defence against biosecurity threats, illegal boat arrivals, and illegal fishing – it deserves far more attention than Labor wanted to give it.”

The new committee’s membership is yet to be determined but will contain members from both sides of politics.