Brazil gets green light on beef export to the US

THE United States and Brazil have signed an agreement overnight that will allow Brazil to export up to 64,000 tonnes of fresh and frozen beef per year to the US.

The deal, signed yesterday in Washington, comes after 17 years of negotiations to conclude the right sanitary and phytosanitary protocols. 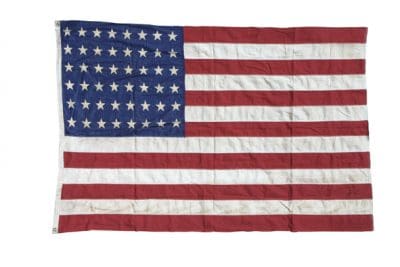 The US has blocked imports of fresh (i.e. uncooked) Brazilian beef until now due to outbreaks of Foot and Mouth disease in Brazilian cattle herds.

Once the agreement is activated, Brazil, one of the largest beef exporters in the world, will be able to send beef to the US from every part of the country. Prior to this, only the southern state of Santa Catarina, a very small beef producing state by Brazilian standards, had this authorisation, due to a superior sanitary track record. Brazil’s annual quota into the will start in September.

Brazil expects to export A$400 million worth of meat to the US in 2017, reports suggest.

In the context of Australian exports to the US, the volumes out of Brazil will be quite small.

In comparison, under its Free Trade Agreement with the US, Australia’s expanding country-specific quota to the US last year reached 418,214 tonnes.

Some analysts suggest Brazil may be prepared to pay the out-of quota duty fee (26.4pc) on beef exports into the US, beyond its share of the 64,000t ‘other country’ quota.

Australian exports to the US have slumped this year due to substantial herd decline after two years of sustained high kills caused by drought. Volume for the six months ended June 30 reached just 146,000 tonnes, down 36 percent or 81,000 tonnes from the same period last year.

The announcement overnight came as something of a surprise, despite optimistic predictions from within Brazilian government and industry circles for at least the past 12 months that trade into the US was about to start. A popular theory was that the US Presidential election on November 8 would have to be finalised before the US would agree to any trade agreement with Brazil on beef.

The agreement may also have wider implications, as it is widely believed that other premium export markets serviced by Australia, including Japan and South Korea, may now follow suit in agreeing to re-admit Brazilian beef.

“American safety standards for foreign products are among the world’s strictest, and other countries could follow the US in opening their markets to Brazilian beef,” trade sources said.

The agreement also allows the US to start exporting beef to Brazil – in principle, at least.

Up to now, the only access to the US market for Brazilian beef has been in cooked/canned form, as processed beef.

Brazil exported 15,600t of cooked and canned beef to the US in the first 6 months of 2016, worth around A$170 million. The US suspended Brazilian cooked and canned beef purchases between April and December 2010, after identifying high levels of the parasite control product Ivermectin in testing. The authorised maximum residue limit for the compound was subsequently revised upward, and since 2012 Brazilian canned and cooked beef exports to the US have increased every year.

Negotiations over the Brazil access deal trace back to 1999, when Bill Clinton was in the White House, and Fernando Henrique Cardoso was the Brazilian president.

The Australian Processor Corporation, representing the interests of export beef processors as part of the Australian Meat Industry Council, responded to a request from Beef Central for comment with the following statement:

The effectiveness of the Brazilian Government in gaining access to Australia’s traditional markets has been strong.

On a collective industry and government basis, we should examine the reasons for that effectiveness and see what measures we can adopt to support Australian efforts for increased market access

The Australian red meat industry must continue its focus on improving market access for all our products and remain competitive by reducing the cost of compliance and regulation with our government.

Brazil (and other exporters) accessing traditional Australian markets underpins how critical it is that Australia stays competitive by aiming-up on value-added, branded/program business, and getting away from commodity-style selling. This higher-return business will justify our continued representation in markets, notwithstanding our higher cost of production relative to other global exporters.

We envisage this matter in isolation bearing no short to medium term effect on Australian volumes to the US. Brazil is likely to take at least 12 months to get E-Coli equivalency with US domestic supply (Ireland took longer). All Brazilian plants will have to be audited and put on processor’s lists. All this takes time.

Brazil is unlikely to be a big player in US. Its access is under the 60,000 mt ‘other country’ quota, that includes Central America and Ireland.

We expect there will be some in-roads in the specialty product area but overall there will be no extra meat in the market, unless the US market moves to a point attractive enough to justify payment of the 26.4pc duty.