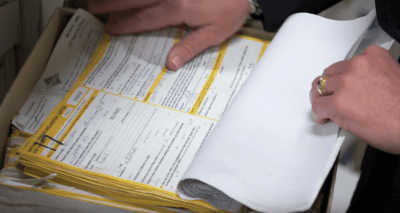 The Australian cattle industry should never lose sight of the reasons why a uniform system of National Vendor Declarations (NVDs) was fought for and implemented, two industry leaders who helped to drive its introduction have warned.

Ross Keane and Malcolm Foster were among the voluntary industry representatives in the late 1990s who helped to drive the introduction of NVDs and the underpinning Livestock Production Assurance program.

Both former RMAC chairs say the initiatives have allowed Australian beef to enjoy a unique and competitive food safety advantage in global markets for more than two decades.

Their comments come in the wake of feedback from agents and processors indicating that surprisingly large numbers of producers are still failing to fill out NVDs correctly when selling cattle.

The high non-compliance rate is causing considerable unnecessary expense and loss of efficiency as staff have to go back to vendors and ensure declarations are correctly completed and re-signed before cattle can be sold or processed.

In the wake of those reports Beef Central spoke with two former industry leaders to discuss the reasons why NVDs and the Livestock Production Assurance system that underpins them were initially introduced in the late 1990s.

At the time Ross Keane was the General Manager, Livestock, of major meat processor Australia Meat Holdings (bought in 2007 by JBS Swift), and Malcolm Foster was the managing director of Rangers Valley feedlot and the chair of the inaugural Red Meat Advisory Council (RMAC).

They were part of a wider group of voluntary industry representatives from each sector – from production and lot feeding to processing, retailing and exporting – who saw the need for a credible and practical quality assurance system to underpin the food safety standards of Australian beef in domestic and global markets.

Far from being something that was imposed on industry by a handful of people in North Sydney, as some critics have suggested, the program was initiated, developed and driven by elected representatives of every sector of the industry, Mr Keane said. 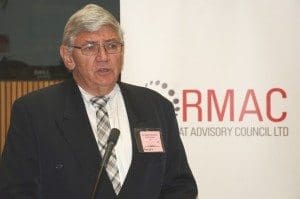 Ross Keane speaking in his role as RMAC chair in 2015.

Mr Keane said most processors at the time had their own individual declaration forms for vendors selling slaughter cattle to sign, while there were no such declarations in place for store cattle.

“So you had this plethora of vendor declarations, and the other big issue was back in those days in Queensland you had to write out a way bill, in Victoria you did nothing, in NSW it was something different again.

“So we had this dream that we didn’t think would come to life, and that was that we could get the travelling stock statement welded into the document that we needed for description of the animal, so one piece of paper to do the lot.

Mr Keane recalls there were many industry representatives involving the whole supply chain including from breeders, fatteners. feedlotters, retailers, butchers, right through to grinders for McDonald’s, all of whom met and teased out the issues several times over a 12 month period.

“And we finally got there,” he said,

“And it was because there was good cooperation from different parts of the industry”. 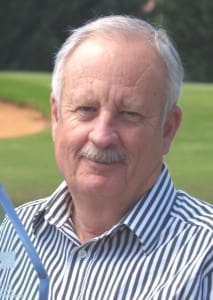 Malcolm Foster who chaired the committee said the industry had just come through a difficult industry restructure (which resulted in the transition from AMLC to MLA and the creation of the existing RMAC industry structure).

That had been a ‘very cathartic process’ which had led to a strong degree of common understanding and a spirit of unity among the different red meat sectors at the time.

“I’d have to say, there was a lot of table banging and shouting and yelling and carrying on during that transition process, as everybody jockeyed for their respective positions in the meat industry structure,” he said.

“But when it was finished there was a fair degree of camaraderie between peak councils and the industry.

“Everybody around that table that been through a very difficult process, we had a new industry structure, and we were all looking forward to it going on into the future and this process started almost straight after it.

“So there was a fair degree of common understanding amongst the industry participants that was a major reason why it supported.

“I am not sure that exists today.”

The new measures caused no small degree of consternation and pushback when they were rolled out, as producers were asked to fill out paperwork they had never had been required to before.

Mr Foster said the level of cooperation and the commitment from all sectors to create over-arching quality assurance for the industry was a crucial reason the program got up. He said the industry owed a debt of gratitude to people like Kev Roberts and Mr Keane for their enormous work during the implementation phase to ensure it was understood and supported, despite “the many rocks in the road” along the way.

In his view, a key reason why the LPA succeeded despite not having legislative backing as the decision at the time by most processors to say they would no longer buy livestock that were not accompanied by an LPA NVD.

“That was the market mechanism that tied the NVD to quality assurance,” Mr Foster said.

The underpinning of LPAs with random on-property audits and the use of an industry wide NVD meant meat processors could pack meat with confidence, knowing that “when it goes to the market of destination it complies with everything that market requires.”

Mr Foster said the LPA program, together with NLIS and industry QA programs such as the National Feedlot Accreditation Scheme, had given Australia “a huge advantage”, and one which most other countries had yet to emulate.

Mr Keane, who travels frequently to export markets both in his industry roles and as a director of agri-travel company Quadrant Australia, said there was no doubt other countries were envious of the world-leading integrity systems Australia had in place.

But it was also clear many were working hard to close that gap, he said.

“When I get to go and see graziers or feed lotters in the US, they tell me they’re envious of what we have got, and say they wish we could get what you have in our country.

“And when I go to South America it is clear they are working to catch us.”

Mr Foster said the fact other countries were trying to catch up was a clear indication of the value the program provided to Australia and why it was worth supporting.

“They wouldn’t be trying to emulate it if it wasn’t worth anything,” he said.

“It is worth something, there is no question that our customers are saying to our competitors, well I’ll buy Australian because of this, what’s your scheme?

“There is no question people buy Australian red meat with a great deal of confidence with respect to the health and safety issues and all of the things that are considered important.”

Mr Keane said the next challenge for Australia is to improve the digital version of NVDs which had significant potential to improve non-compliance rates.