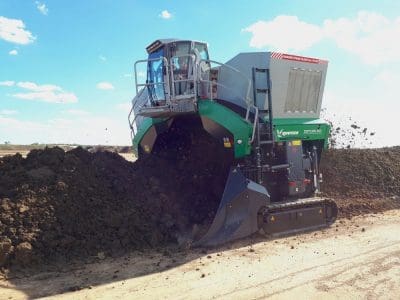 WHILE the increasing price of synthetic fertilisers continues to make a mess of input bills, a bovine by-product has started to become a tidy option for farmers.

The fertiliser debacle has brought manure into play on many operations in feedlot-concentrated parts of Queensland and New South Wales. Sources say the price of the traditionally cheap product has increased with the demand.

Accessibility and transport are still major factors in the viability of using manure, but Beef Central understands a combination its soil-nutrient benefits becoming more widely accepted and farmers looking for lower costs has made it less of a hurdle.

Supply is also said to be an issue, despite Australia’s lotfeeding sector now representing more than half of the country’s beef production.

Dalby Rural Supplies agronomist and farmer Andrew Johnston said the recent surge in demand had matured the manure market, with growers having to negotiate more than they used to.

“With so many feedlots on the Darling Downs a lot of people have been using manure for a long time,” Mr Johnston said.

“Until about 12-months-ago, manure was quite easy to find, but now people are having to lock in forward contracts and the price has increased like the rest of the inputs.”

Composted manure has also played a major role in the push for producers to start soil carbon projects in the southern states, with several companies developing products.

One of the newest to the market is the owners of Australia’s largest feedlot Mort & Co, which has started composting manure and selling it in a granular form at its Grassdale feedlot.

Gunnedah-based agronomist Jim Hunt, from HuntAg, said manure was a premium product for putting nutrients into crops, but transport and spreading costs needed to be examined carefully.

“Irrigators tend to preference it, because they use it at a heavier rate on a smaller area and it’s generally for a higher value crop. Because there are a wide range of nutrients and agronomic rates generally respond from 8T DM/ha upwards,” Mr Hunt said.

“For broadacre cropping it’s a bit more marginal when you have to transport it a long way, then you have to spread it over large areas so you can’t put on high rates – it can become uneconomical.”

Mr Hunt said he had also noticed the recent increased competition for manure with synthetic fertilisers going up in price.

“Some of the work done 20-years-ago showed that if you lived more than 30 kilometres from a manure source, like a feedlot or chicken farm, than it became very expensive as a main source of fertiliser. But with the rising cost of nitrogen people are starting to review those equations,” he said.

“It is still a case-by-case situation and if you need a range of different nutrients than the soil will benefit from manure. But we have some good rich soil types here and responses are generally limited to a number of major nutrients.”

Mr Hunt said growers should be aware the quality of the manure they are sourcing can vary.

“When the feedlots and chook sheds clean out, you will have a range of different products used for the bedding,” he said. “Sawdust is great for the chook farmers but doesn’t do much for composting in a paddock.”

“There’s no quality control over it, sometimes it’s not stockpiled and other times it can sit there for years depending on the enterprise. I would always recommend collecting a nutrient analysis before calculating an application rate.

“It is a preferable product with agronomic benefit, but it does need careful consideration.”