There is life yet in the stalled grassfed cattle producer representation restructure process, according to Cattle Council of Australia.

There have been few signs of progress in the long-running restructure process since early last year when various groups representing grassfed cattle producers, including Cattle Council, agreed on a new model for national grassfed cattle industry representation.

It will give all grassfed levy payers the right to stand for election, the right to vote on who represents them, and the ability to participate in national industry policy-setting.

But the new model can only proceed if and when a viable and sustainable funding model can be identified.

The industry groups which agreed on the restructure had initially hoped the Federal Government would allow the new body to be funded by income from the $5/head statutory grassfed cattle industry levy, given that it will represent all grassfed levy payers.

However, federal agriculture minister Barnaby Joyce told the industry in his formal response to the grassfed senate inquiry last July that there is virtually no chance any Government would agree to releasing official tax revenue for the purpose of funding national industry representation and advocacy.

Instead he urged grassfed producers to explore other non-levy funding options.

Some groups have refused to accept the Minister’s position and still want direct levy funding to be released, while others including Cattle Council are examining alternative funding models in a bid to find another way to get the new body up and running.

However Cattle Council CEO Jed Matz told Beef Central this week that the council is “still committed to moving to the new structure”. 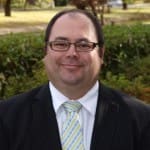 There is still work going on behind the scenes to find a funding model to allow the restructure to go ahead, he said.

“I can’t say anything yet but there are ideas we are working through and trying to get support for,” he said.

“As soon as we have that we can talk about it.”

Possible funding models for Cattle Council are also set to be analysed in coming weeks by an independent business consultancy, as part of a broader project to be overseen by the Red Meat Advisory Council.

Beef Central understands from discussions with industry stakeholders that the work, to be paid for from the Red Meat Industry Fund, will assess the status of all red meat industry peak councils (CCA, ALFA, ALEC, AMIC, SCA, GICA); several of which, like CCA, are struggling with declining membership bases.

It is believed the analysis is intended to help each council identify possible new funding sources for the future, such as commercial sponsorships or the licensing of industry-owned intellectual property.

Beef Central understands that RMAC has been discussing the project’s scope and objectives with its member councils in recent weeks and is assessing potential tenderers to undertake the project analysis. Further detail on that project is expected to be released in coming days.

Asked for CCA’s view on the proposed project, Mr Matz said he believed the type of independent analysis being discussed would be of use to Cattle Council in its quest to find workable future funding concepts.

In the meantime CCA says it is has an adequate funding base to continue operating until a restructure occurs.

It is still funded from the Red Meat Industry Fund and membership fees from State Farm Organisation and direct members.

Under the agreement CCA will receive $750,000 in payments each year from MLA in return for providing service work for MLA.

The focus of the service agreement, which had to pass approval by the Federal Government, was “to improve the consultation between MLA and grassfed beef producers, and develop the capacity of the grassfed beef industry in order to provide skilled leadership into the future, and acquiring expert knowledge from industry including thought leaders to inform programs and activities of MLA”.

While the debate continues as to whether direct levy funding can be used to fund an industry representative body, in reality, it already is. The money CCA receives through the service agreement with MLA is drawn directly from compulsory grassfed levy funds.

The idea of a service company – MLA – funding its overseer – CCA – attracted some concern from growers and industry stakeholders during the 2014 grassed senate inquiry. There were views expressed that service agreement funding was not provided on a fully contestable basis, and that it could affect the “master-servant” relationship between CCA and MLA, by compromising the former’s ability to independently manage the latter.

CCA not reliant on MLA funds

Mr Matz told Beef Central that the money CCA received from MLA enabled the council to undertake important work for the benefit of grassfed cattle producers.

He stressed that the council did not rely on the funding it received from MLA for its financial survival, and would still be able to operate viably without that income.

The MLA money was not “propping up” Cattle Council, he said. Based on traditional revenue, CCA had always had enough funding to continue to operate, he said.

But the council had stated for some time that to deliver the type of outcomes and amount of work the industry is asking for, it needed additional revenue.

For example, Mr Matz said, the project meant CCA could continue to conduct regular face to face meetings of the various sub-committees that help CCA to harness a wide range of industry expertise to assist in managing issues around trade, marketing, market access and other areas on behalf of grassfed producers.

“It allows CCA to keep having meetings of sub-committees that do all the consultation with MLA,” Mr Matz said. “They cost a lot of money to bring together, but we really think they add a great deal of value because they give us 60 heads, instead of just three or four, all thinking about different issues, and it gives MLA a good sounding board with everyone contributing.”

The service agreement funding has also enabled CCA to offer grassfed cattle producers an opportunity to apply for 15 fully funded places on a week long company director course, which it sees as a key investment in developing future industry leadership.

Mr Matz said that over time, CCA may eventually be funded entirely from commercial revenue and may not require membership subscriptions.

But until these revenues came online, one way or another, producers would still have to fund national industry representation, he said.

“If producers want to have a totally directly elected organisation, which is fully democratic, then they have to fund it, whether it be through a levy or through a membership fee or whatever it is.”