Queensland rural group AgForce says farmers have been left angered and bitterly disappointed after a Parliamentary committee inquiring into tougher proposed vegetation management laws in the state recommended the amendments be passed without change.

The ParliamentaryState Development Natural Resources Agricultural Industry Development Committee, which conducted the review, comprised three Queensland Government Members of Parliament and three opposition MPs, but the Government held the position of committee chair and with it the casting vote.

The three non-Government MPs submitted a dissenting report registering their opposition to the committee’s recommendations.

The eight recommendations were:

The committee recommends the Vegetation Management and Other Legislation Amendment Bill 2018 be passed.

The committee recommends the Queensland Government prioritise the investigation of options to support the establishment of Indigenous Community Use Areas under the Cape York Peninsula Heritage Act 2007.

The committee recommends the Department of Natural Resources, Mines and Energy explore options to streamline the processing and cost impost of development applications for relevant purpose clearing.

The committee recommends the Department of Natural Resources, Mines and Energy issue local guide sheets to assist landholders with the application of accepted development vegetation clearing codes with respect to their vegetation bioregion.

The committee recommends the Minister review the operation of the accepted development vegetation clearing codes within three years.

The committee recommends the Department of Natural Resources, Mines and Energy consider the appointment of additional extension officers in regional hubs to help foster positive relationships and engagement with communities to promote the best application of the law.

The committee recommends the Department of Natural Resources, Mines and Energy commence a comprehensive public education campaign to support the effective implementation of the government’s reforms to the vegetation management framework, including the operation of the fodder harvesting code, drawing on the involvement and expertise of industry groups and third party organisations.

The final report said that while the committee was “sensitive to the expressed frustrations of landholders regarding the potentially more onerous nature of these regulatory requirements”, the committee considered that the primary effect of the amendments would be “to support more informed clearing practices, without significantly diminishing the range of options available to landholders to manage vegetation on their land”.

The new legislation was introduced to Queensland Parliament on March 8 and the entire public consultation and Parliamentary review process that followed was squeezed into a six week time frame. The Queensland Government now technically has three months to respond to the report’s recommendations.

In their dissenting report published with the committee’s final report, the non-government members of the commttee said they could not support the legislation as it currently stands.

They said their reasons included, but were not confined to:

“Whist the committee report does make a number of recommendations, these recommendations are aimed at resolving problems caused by the proposed legislation,” Mr Weir said.

“Without the proposed amendments to the legislation these problems do not currently exist!”

AgForce said the new laws are unnecessarily harsh and many farmers have now “hit the end of their rope”. 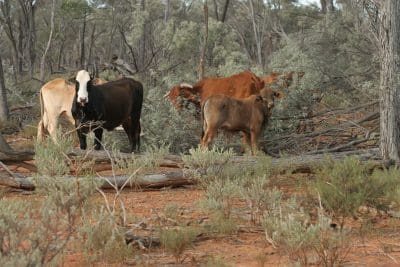 AgForce General President Grant Maudsley said the recommendation from Labor MPs on the committee was an “absolute disgrace” and “slap in the face” for farming families who took the time to have their say and travelled vast distances to give evidence.

“These laws are the worst of both worlds. The changes will make it harder for farmers to grow food and fibre, shut down agricultural development opportunities and lead to worse not better environmental outcomes,” he said.

“There were thousands of click and flick submissions from supporters of the laws but the nearly 1000 submissions from rural landholders were heartfelt and personal accounts outlining how the laws would affect their lives and livelihoods.

“These pleas appear to have been completely ignored by Labor MPs on the committee who have shown how completely wedded they are to political agendas and how far removed they are from the realities of food and fibre production.

“Farmers love and care for their land and the vast majority know how to manage it responsibly.

“Farmers have had enough. It doesn’t have to be like this. There is no need to ram these flawed laws through as quickly as possible. We’re all in this together, we all eat food and we all care for the environment.

“The Palaszczuk Government can and should be working with the most disaffected and vulnerable  on a long-lasting solution that provides good outcomes for agriculture and the environment without strangling farmers in red tape.”

Mr Maudsley said farmers would continue campaigning for fair and balanced laws and would rally outside Parliament House next Tuesday 1 May ahead of the next sitting of State Parliament.

“Farmers are fighting for their ability to make a living and to ensure the next generation can actually have a future on the land,” he said.

“I call on all Queenslanders to support farmers sustainably producing food and fibre, and join with us to send a message to the state’s politicians that they can and must come up with a better solution to an issue that’s been divisive for two decades.”

In addition to recommending the laws be passed, the committee suggested “information sheets” and an “education campaign” be developed and extra extension officers employed to explain to landholders how the laws will work.

The report recommended streamlining the process and “cost impost” (ie a new $3130 fee) around development applications that will now be required for routine maintenance on farmers’ properties.

Mr Maudsley said the recommendations were little more than token gestures that would do nothing to ensure farmers could keep sustainably producing food and fibre.

“Information sheets and an education campaign won’t feed cows in a drought,” he said.

Source: AgForce Queensland. A copy of the Committee’s report is available at: https://bit.ly/2vCVBMG