How Gunnedah producers are navigating the high cost of business The cattle market at the Powerhouse Weaner Sale in Gunnedah yesterday was booming, with many making 700 to 800c/kg.

THE rising cost of living has been top of the agenda in recent months as the price of fuel reaches record highs, flowing onto many parts of the supply chain.

While the issue has been bubbling along for most of the past year, the ongoing war between Russia and Ukraine has taken inflation to a new level of uncertainty. Many transporters have put an adjustable fuel levy on their rate to compensate for fluctuations and the fertiliser market is also into the unknown.

The International Energy Agency says there is “no understating” the impact of Russia on fuel prices and a recent Rabobank’s monthly report yesterday said the war will continue to drive the fertiliser market. The same report said increased supply of cattle could put some downward pressure on prices.

But if yesterday’s Powerhouse Weaner Sale in Gunnedah was anything to go by, many producers in Northern New South Wales are still enjoying the high prices and good season – with 700 to 800c/kg a common sight.

With the recipe of continued high input prices and a possible drop in cattle prices, Beef Central went to find out how producers in the area are managing inflationary pressures. 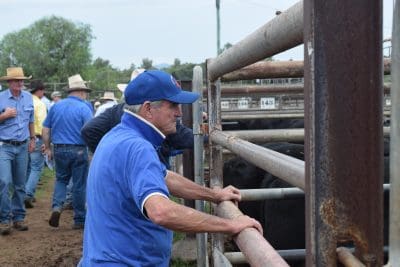 Davidson, Cameron & Co general manager Luke Scicluna said producers were starting to feel inflation pressure, but there was still a propensity to buy and sell cattle.

“We are still seeing good cattle prices and we don’t always have seasons as good as this year’s – so most people are trying to keep going and putting in crops,” Mr Scicluna said.

“The cattle market might come back a bit, but whenever there’s a surplus of grass and we’re in build-up phase I can’t see it coming back in the short-term. While we would like to see those input costs come back, we are enjoying the good cattle prices.

“Transport has also become a bigger consideration with the companies putting on a fuel levy.”

Mr Scicluna said the high input costs were forcing some producers in the area to re-consider their cropping rotations.

“There’s not as many oats crops planted as there was last year. We had some producers at the sale, who sold their last weaners off an oats crop and decided to put canola in as a cash crop,” he said.

“That way they were taking advantage of the cattle prices now and putting canola on a paddock they would normally graze cattle on.”

Easing up on fertiliser use

Boggabri producer Michael Knight was in the same boat, opting to deviate from his usual grass fattening business to take advantage of the booming weaner market. He said he was carefully considering the use of fertiliser on his wheat, barley, oats and lupin crops.

“There’s a lot of talk about people deciding to really limit the use of fertiliser and just be happy with the yields,” Mr Knight said.

“We will have to look at it hard too and maybe the oats will suffer a little bit, because we just won’t put as much fertiliser on.” 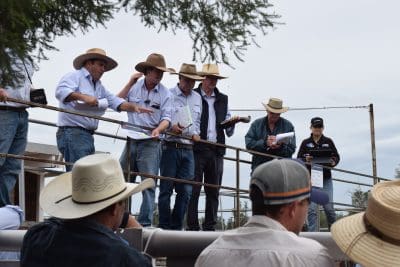 “We do sow tropical grasses into some of our lighter country and this we will do more of that and favour our cattle,” he said.

For Rick Austin from a property Hartley, near Lithgow, said as a young person starting in the industry, keeping it simple was the name of the game.

“We’ll keep a lot of the cows we have bought over the past two years, because they owe us nothing anymore and we can still make some money out of their calves,” Mr Austin said.

“That suits our country a lot better than buying in cattle and backgrounding – it also doesn’t tie up as much capital. We’re getting such good money for our calves these days and it’s a pretty simple formula.” 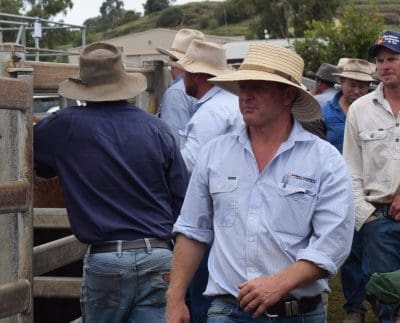 Many producers in Gunnedah are carefully considering margins with rising inflations.

Mr Austin said if cattle prices dropped off soon, there could be some trouble.

“We’ve had a lot of good years and it seems like we are seeing the top of the market now,” he said.

“But if the season tightens up, more numbers come on the market, than a lot of producers will be in a bit of trouble.”