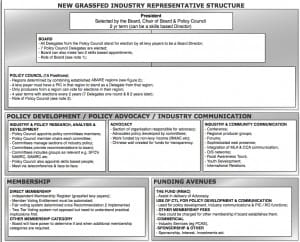 It will allow every producer who pays the $5/head grassfed cattle levy to participate in national industry policy development, to stand for election to represent their region on the board of the new body, and to vote on candidates in their region for the board.

The continued burr in the saddle is the question of how it should be funded.

Establishing a new organisation that is truly representative of all growers nationally, by giving every grassfed cattle levy payer in Australia a say and a vote, will require money from somewhere.

Last year Cattle Council of Australia estimated that $4m was the minimum amount needed to set up the new directly elected national producer organisation, and to develop sustainable funding streams to ensure its long-term success.

Prior to the June 2016 Federal Election, the Coalition pledged to create a $5 million “Leadership in Agricultural Industries” fund to help farm representative groups and peak industry councils develop leadership skills and transition through structural adjustments.

The fund was to be available to all representative organisations across the agricultural landscape, so the amount of money available to Cattle Council was unlikely to be as high as the $4m it had identified. Further details on how the $5m fund will be distributed have not yet been released by the Coalition Government.

Grower groups still see levies as part of the solution

The idea of re-directing a portion of funds generated from the $5/head levy to pay for the restructure and the organisation’s ongoing activities still has strong support among grower groups.

There were also concerns about whether it is appropriate for an industry advocacy organisation to be funded via a tax that is collected compulsorily (grassfed levy funds are generated by growers for industry purposes, but collected and overseen by Government and technically classified as tax money in the eyes of Government). Ag Minister Barnaby Joyce urged the industry to find sustainable alternative funding streams away from the levy. However, the door was also left ajar at that point to levy funding being used, if a vote of all levy payers supported the idea.

Should growers have to pay extra for a say on how their levies are spent?

At present, grassfed cattle producers who pay the $5/hd levy have to reach further into their pockets again and pay for a membership of State Farm Organisation or Cattle Council of Australia to participate in policy-setting that influences how their levy funds are spent.

The view of those who support levy-money being used to fund the new organisation’s establishment and operations is that producers who pay levies should automatically have a say over how those funds are used, and that levy money should be used to facilitate that process.

They also argue that levy funding could easily be separated to pay only for the representational activities of a new organisation, and could be quarantined from advocacy activities.

The study was completed last year but has not been released, so no-one outside AFI, the RMAC board and presumably each peak council, knows whether it has identified any realistic funding solutions, either levy funded or non-levy funded.

However, Beef Central has been told it did not come up with a simple, single silver bullet solution.

Whether the as yet publicly unknown findings  of the AFI report will pave the way for the Government to reconsider its previous opposition to allowing levy money to pay for such a purpose remains to be seen.

Implementation committee ‘united in its resolve to form one organisation’ 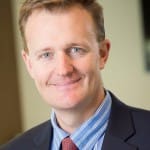 Questioned about the progress of the restructure this week, Implementation Committee chair Troy Setter said the group was united with their resolve to form one organisation that represented all grass fed cattle producers, and that the funding of the new group, both in implementation phase and ongoing, remained the key area of focus.

Asked if access to direct levy funding is still being considered, he said the members of the committee would like to see levy funding included as part of the solution.

At some point, possibly this year, future funding models, either levy or non-levy based, will be put to a vote of all cattle levy payers to ascertain grassroots grower support for the proposal.

It is understood that using the current Property Identification Code (PIC) system is seen as one potential way to reach every grassfed levy payer for the purpose of allowing them to participate in that vote.

Members of the Implementation Committee are: