Getting to the meat of measuring beef sustainability

IN today’s social-media dominated landscape a lot of what consumers hear and read about beef is shaped by groups driven by an agenda to end animal agriculture.

The Australian Beef Sustainability Framework is a central part of the Australian beef industry’s approach to ensuring consumers understand there is plenty of objective evidence to prove the industry is one they can trust, and also one that is continually looking at how it can improve.

With every annual update the framework communicates what the industry does well, which is clearly a positive story. Some examples in the 2020 update released last Thursday include data showing that it now takes 65 percent less water to produce a kilogram of beef than it did in 1981.

In stark contrast to often-reported claims that it can take tens of thousands of litres of water to produce a single kilogram of beef, Life Cycle Assessment research cited in the latest update puts the real figure at just 486 litres per kilogram, which is down from over 500 litres/kg five years ago.

It shows that some 2.25 percent of all land involved in cattle production has been set aside for conservation purposes.

To put that in terms that beef’s critics like to use, it means the Australian beef industry has now set aside almost nine million football fields specifically for the purposes of conservation.

The latest report shows that the uptake of pain relief products for livestock husbandry continues to increase, with 21 percent of producers now reporting regular adoption, up from 4pc when the first commercial products were released three years ago.

The 2020 update also draws attention to a growing scientific push to introduce a more accurate system of accounting for livestock emissions.

Current international climate policy is based on the ‘Global Warming Potential 100’ model which treats all greenhouse gas emissions as carbon dioxide equivalents, and does not recognise the well-established differences in the time taken for different gases such as methane and CO2 to decay in the atmosphere.

Several prominent scientists are leading calls for so-called ‘Global Warming Potential star’ model to be used instead, because it more accurately reflects the impacts of short-term and long-term gases on global temperatures.

Oxford University’s Dr Myles Allen, a contributing IPCC author, and Dr Frank Mitloehner from the University of California Davis, are among those who believe the current GWP100 model is not fit for purpose and overstates the impact of methane emissions from livestock.

The Australian Beef Sustainability Framework currently bases its annual updates on Australia’s National Greenhouse Gas Inventory data, which relies on the GWP100 model. The 2020 annual update notes this may change in future based on the ongoing work to update accounting methods.

The Framework now incorporates 50 indicators to benchmark the industry’s progress across four sustainability themes from year to year: animal welfare, economic resilience, environmental stewardship, and people and the community.

The Sustainability Steering Group which oversees the Framework emphasises that it does not set sustainability targets or goals for the industry, and where such appear in the annual updates, such as the Carbon Neutral 2030 goal, the reflect existing policy set by industry bodies and included at their request.

The Framework also identifies where data reported in earlier updates has changed with new information.

Sustainability can be a subjective concept and one that is not straight-forward to measure objectively. Highlighting the challenge, the latest report states the team behind the Framework is now able to collect annual data for 84pc of the indicators it includes. 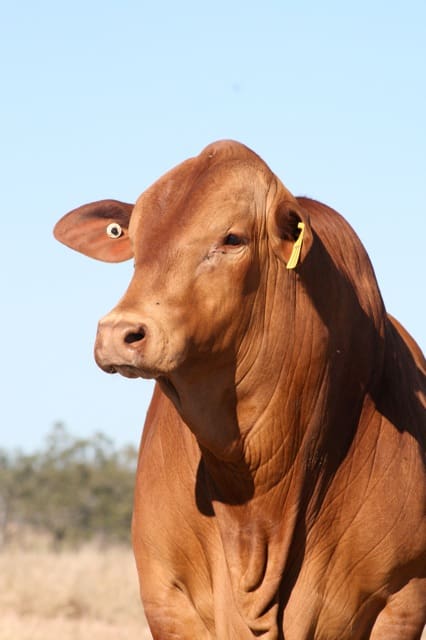 One example this year included a revised estimate of the percentage of cattle with polled genetics in the national beef herd.

In 2019 the percentage of the national herd estimated to be polled was reported at 86 percent. This year, however, the figure has been readjusted to 73 percent,  based on new information from an updated study released by MLA last year.

The 2019 report included the statement that the Australian beef industry position aspires to achieve a pain relief usage target of 100 percent by 2025.  In the 2020 update the aspirational target is listed at 2030.

“After further consultation, 2030 was identified as a more realistic timeframe. This date better aligns with the 10-year red meat strategy, Red Meat 2030, and other industry goals (such as the industry’s goal to be carbon neutral by 2030),” the 2020 report states.

While clearly ‘aspirational’, a target of 100 percent behavioural change is highly ambitious. The original source of that industry policy is not clear, but the Sustainability Steering Group emphasises that it does not set such targets or goals for industry itself, and where they appear in the Framework they reflect existing industry policy.

A work in progress

In a livestreamed discussion to launch the 2020 annual update last week ASBF chair Tess Herbert noted that Framework remains a work in progress, that data-sets are not perfect and the steering group is open to any feedback on how it can improve.

She said the Framework process will continue to play an important role in demonstrating to consumers how the industry cares for its people, land, water, and animals, and to ensure Australian beef remains on consumer plates, post-pandemic.

“We will continue to let our customers, consumers, policy makers, and investors know what we already do, and what we intend to do to continuously improve our product and productions systems,” she said.

The 2020 update also reported that a recent independent review of the Australian Beef Sustainability Framework, undertaken by University of Queensland, found that the industry is making headway in telling its story – with solid data to back up that story.

The engagement of a wide variety of groups across industry and the community in developing the Framework also helped to show industry’s sustainability credentials to its stakeholders.