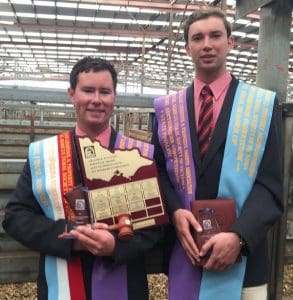 VICTORIA will send an all-red team to the 2017 ALPA National Young Auctioneers Competition after two Elders auctioneers took the major placings in the state contest at Pakenham today.

Co-judge Bernie Grant said all contestants did a great job and it was only “their polish and patter” that distinguished Toby and Jack in a very close contest.

Toby and Jack will next year represent Victoria at the Sydney Royal Easter Show in the 2017 ALPA National Young Auctioneers Competition.

Chairman of the ALPA Victorian Young Auctioneers Committee Rob Bolton, said he was proud of all the competitors who did an outstanding job.

“The future of our industry is in excellent hands. It was a tough competition and all the competitors can be proud of how well they sold today,” he said.

“It is a pleasure to watch the effort these young agents put into improving their auctioneering skills.” 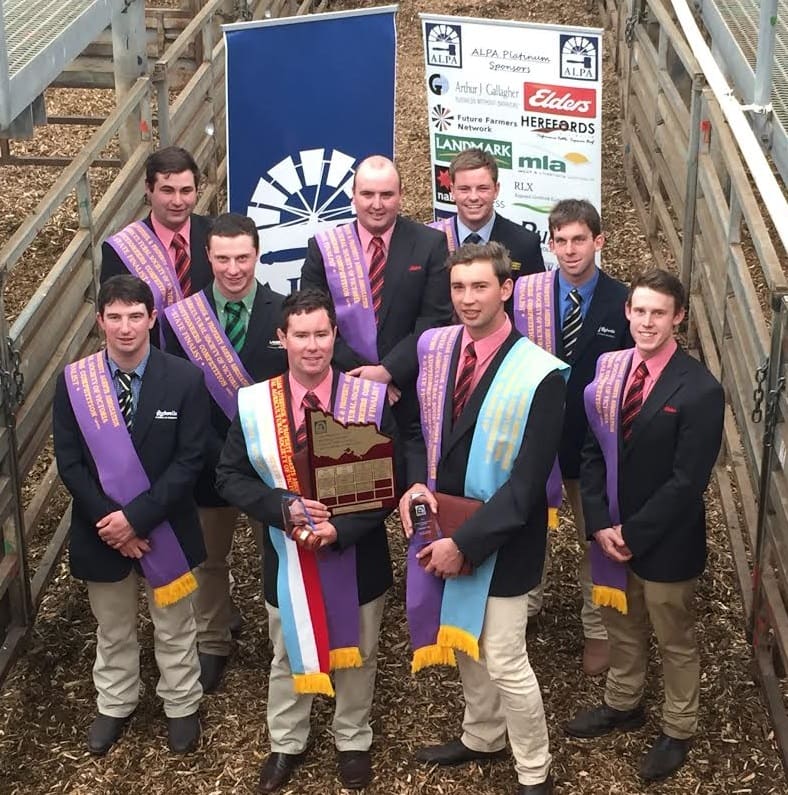 The competition is held in partnership with the Royal Agricultural Society of Victoria and the competitors auctioned cattle that had been assessed earlier as part of judging in the RASV Prime Stock Competition. The young auctioneers sold two lots of grass-fed and one lot of grain-fed cattle.

Toby said he has been selling sheep, lambs and cattle for about two years and has been based at Swan Hill since May this year. He comes from a solid farming and agency background. His father Mark Newnham auctioneers with Elders at Hay.

Toby said his priority was to maintain and develop a bigger and better business at Swan Hill, servicing all his clients’ needs and achieve the best possible results in marketing and selling their livestock.

“These competitions are a way of investing in the future of our industry and promoting the integral role that stock agents play in the supply chain.”

The three competition judges — Mr Grant, SEJ Leongatha’s Bill Egan and Corcoran Parker agent Justin Keane — evaluated each competitor’s diction, values, voice and manner as well as their ability to establish their own presence and a unique style.

The evening before the competition, 100 of the competitor’s friends, family and industry members attended the annual ALPA Victorian Young Auctioneers Competition dinner. A charity auction was conducted by last year’s Victorian Young Auctioneers Competition winner Zeb Broadbent from McKean McGregor, Bendigo. Over the two days, more than $18,262 was raised to support the work of the Black Dog Institute, a world leader in the diagnosis, treatment and prevention of mood disorders such as depression.