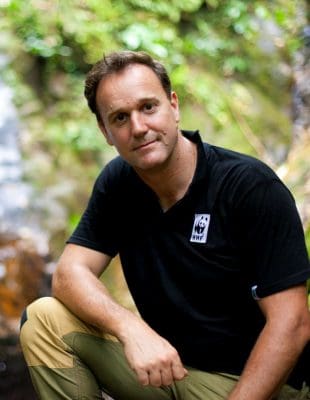 IT USED to be that China was the production house for cheap goods to be consumed by the West.

But the tables have turned. Now it is the buying power of China’s rapidly growing middle class that is influencing markets around the world.

However, the quiet revolution underway is not on what the Chinese consume, but how they want it produced.

Last month, a ground-breaking declaration was unveiled in Qingdao that shows China’s continued desire to shape the global agenda.

The China Meat Association, assisted by WWF, has over the past 18 months developed the Chinese Sustainable Meat Declaration.

The commitments (see details below) – made by China’s leading meat producers, traders and processors – are a road map toward sustainable beef production, including a pledge to stop the destruction of forests for meat and feed production.

This declaration from the fourth largest market for Australian beef exports, with huge growth potential, sends a strong message to livestock producers in Australia and across the globe.

When the world’s most populous country announces it wants meat and livestock from sources that protect forests, markets everywhere sit up and take notice.

But China is not alone. A global dialogue on sustainability has been underway for nearly a decade.

In 2011, WWF teamed up with McDonald’s and other stakeholders to establish the Global Roundtable for Sustainable Beef. This involves major stakeholders from all parts of the global supply chain.

Beef associations in countries like Canada, Brazil and the US – all major beef export economies – are now well advanced in determining sustainability guidelines.

Perhaps even more importantly business is playing a leading role – with mega players like McDonald’s announcing it will eliminate any links to deforestation in all its products, not just beef.

Unilever, another corporate giant, aims to halve its environmental footprint by 2030.

Put simply, there are huge changes underway in how businesses think, as companies increasingly show global leadership on sustainability.

China is now looking to play a leadership role too. Why? Because consumers in developed and emerging economies are choosing to buy from brands they believe are doing social or environmental good.

These consumers are increasingly raising concerns about the impact of food production – look at the dramatic increase in awareness of the impact of palm oil over the past decade.

This is now shifting to meat, and rightly so. WWF’s recent report “Appetite for Destruction” concluded that producing crops to feed livestock is a driving force behind biodiversity loss and species extinctions around the world.

So, what does this mean for us all and for Australia’s farmers?

Five years ago, to commemorate the Year of the Farmer, I wrote about the critical importance of farmers to feeding the nation and protecting the environment.

The challenges for farmers have increased since then. They face more heatwaves and droughts because the climate crisis is happening faster than anticipated. In Queensland, negative headlines about tree-clearing have returned with more than 1 million hectares of bush bulldozed in the last four years.

This destruction killed 45 million animals last year alone and is clogging the Great Barrier Reef with sediment run-off. Knocking over trees has also released vast amounts of carbon just as the Federal Government is paying companies millions to reduce their carbon pollution.

According to one calculation, in just one year, the emissions from Queensland’s tree-clearing wiped out half a billion dollars of abatement paid for by taxpayers. Such a ludicrous situation cannot continue.

All this might look like Aussie farmers are not doing the right thing. This is simply not true – the majority of our farmers are well positioned to be world leaders in sustainability.

Australia already has high animal welfare standards, our disease-free beef can be traced from paddock to plate, and a minority of farmers are bulldozing trees.

WWF believes our farmers need the right policy frameworks, financial incentives and extension support to build on this solid base.

Rather than excessive tree clearing, farmers can get better results using best practices and the Australian Beef Sustainability Framework is working to promote these.

Farmers can also be paid to store carbon through revegetation and reforestation.

By protecting the wildlife and rich forests that remain on their land, farmers can meet the growing demand from China’s middle class, other global markets, and corporations wanting sustainable beef.

As one of the largest beef exporters in the world, Australia really needs to aggressively position itself as major sustainability player and use that to its benefit.

It is time for Aussie farmers and the beef sector to seize the day. Doing so will help save our wildlife, support regional economies and capitalise on our trading advantage.

Of course, if anybody thinks all this talk about sustainable beef is “greenie hogwash” then they should just go to China and ask them. 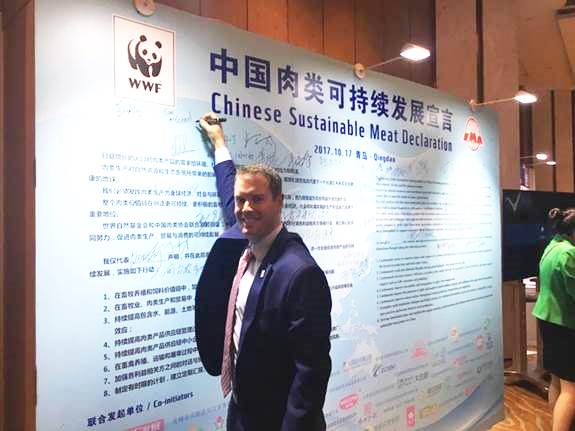 The declaration was signed during the Shuanghui – China Meat Sustainable Development Conference in Qingdao, and declares commitments and calls to other stakeholders for concerted efforts towards promoting sustainable meat production, trade and consumption. These commitments will help ensure livestock is a net positive contributor to humanity and maintains a healthy planet able to meet the needs of future generations, the declaration says. CMA and WWF are also continuing to engage more meat industry players to participate in the declaration.

Eight key actions under the declaration include: