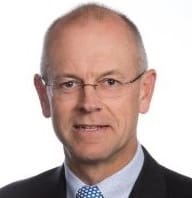 His departure comes just three months after that of chief operating officer, Troy Setter, who left in March to accept a similar position with Consolidated Pastoral Co.

Mr White was seen in some circles as a potential replacement for chief executive and manager director, David Farley, who parted ways with the company suddenly in July last year.

Mr White was acting chief executive for some six months, prior to the January appointment of Jason Strong to the company’s MD and CEO positions. It was a baptism of fire for the quietly-spoken White, who had arrived at AA Co only three months before Farley left.

At the time of his appointment early last year, Mr White’s experience with managing supply chains for differentiated brands at listed surfwear company, Billabong, was seen as a benefit in AA Co’s push into premium meat products including Wagyu in international markets. He had previously worked in financial management roles for Coca Cola, where he had corporate financial responsibility over four regions including Australia, Oceania, Indonesia and South Korea.

The ASX statement said existing internal resources would manage Mr White’s responsibilities as he transitions out of the business and the company goes about seeking a replacement.

Two incumbent AA Co directors, Tom Keene and Stuart Black, have indicated that they will stand for re-election, a move endorsed by the remainder of the board.