Cattle Council outlines its next steps 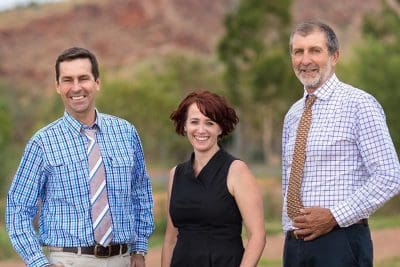 Cattle Council of Australia issued a media release on the grassfed cattle industry restructure process as Beef Central’s daily news email was being sent this afternoon.

In the release CCA CEO Margo Andrae said Cattle Council has committed to moving the organisation forward with a model that demonstrates increased transparency and increased representation across the beef industry.

“There’s a lot of confusion out there about what happened last week. Today I want to confirm that Cattle Council will work to enhance the organisation’s directly elected model to build a stronger representative body. The new model will develop opportunities for increased direct member involvement at all levels within the Council’s representative structure” said Ms Andrae.

“We believe that we can build on what we have, continue to service our members, defend the beef industry and become more accountable to grass-fed levy payers everywhere.”

Ms Andrae said the discussions have long revolved around access to the levies and long-term sustainable funding streams, which go unresolved and continue to delay any progress.  The unanimous support by State Farming organisation’s (SFO’s) last week, who represent a significant number of beef producers,  provides a sustainable funding stream for the new model to build upon and was also clear recognition by SFO’s that the existing model needs to be enhanced to represent all beef producers.

“This was not an easy decision. Cattle Council have been engaged in the process to transition to Cattle Australia for years but the reality is there comes a time where you have to move on and we made this decision with the support of Cattle Council founding members,” she said.

“This decision was never about discounting producers, Senators or Ministers views or recommendations. We have listened and learnt from the experiences of the past few years and understand that there is plenty of frustration and misinformation out there.”

“Creating a new organisation only to have it fail almost immediately would have put the grass-fed beef industry, and grass-fed producers, in an even worse position,” Ms Andrae said.

“CCA have recognised the need to increase communications with all stakeholders as a key priority for 2018 and the need to continue to improve the effectiveness of the organisation around policy development, advocacy and levy oversight,” she said.

“For those out there who still have doubts – we are saying to you, there will be avenues for your voice to be heard and we will be listening. As an industry, we must unite and acknowledge we aren’t always going to agree but we are better off together than apart. Join an SFO, or join us directly, and support us in fighting for our industry, not against it”.

More details on Cattle Council and its membership channels are available here.

Meanwhile, new ag minister David Littleproud has issued a statement saying the Coalition Government is proud to support the beef industry, which makes a powerful contribution to the Australian economy.

“The Government will continue to work with all industry stakeholders,” Mr Littleproud said.

“The Coalition Government has contributed $500,000 to Cattle Council towards a transition, however it is a matter for the cattle industry to determine what organisational structure is best to represent a united voice for farmers to government.”