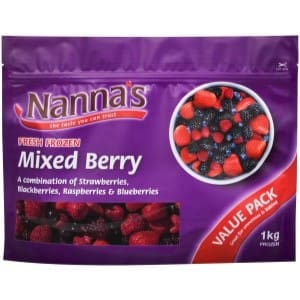 The pledge comes in the wake of the unfolding imported Chinese frozen berry crisis, which has sickened a dozen people across Australia with hepatitis A.

Metropolitan city talkback radio yesterday and today was alive with little else.

“Consumers need to know that cheap, imported, frozen food is not produced under the same stringent health and hygiene standards that we have in Australia.”

“Our scientific, regulatory and quality processes are world’s best practice.  We are importing food from places that are a long way from that,” Mr Talbot said.

“Across the world, people are prepared to pay for the high quality and safety of our food. They know that Australian food is produced under proper conditions and supervision.”

Mr Talbot said that NFF was concerned with the issue of proper labelling across the board.

“People need to know exactly where their food has come from.  If they don’t, they can’t make the informed choices they are entitled to make, and they want to make.

“Buying Australian is the smart thing to do – but people need to know what is grown and produced in Australia, under our controls, and what isn’t.”

Imported food labelling is less of an issue for fresh beef, as it is for many other food items, because imports are restricted to only a handful of designated BSE-free countries, including New Zealand and Vanauatu.

In practise, little product from either country ever appears on our shelves, and when it does, is clearly labelled with country of origin.