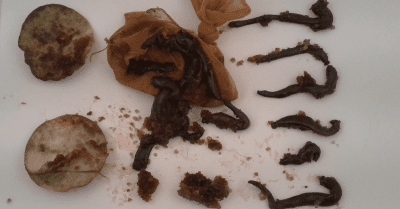 Secretary of the Department of Agriculture, Fisheries and Forestry, and Australia’s Director of Biosecurity, Andrew Metcalfe AO, said it was important to check what is safe to bring into Australia when going on holidays overseas or buying goods online.

“If there’s one thing we’ve seen this year, it’s that Australians care about biosecurity and want to do the right thing to keep our country safe,” Mr Metcalfe said.

“This Christmas, we are asking that Australians continue to do the right thing at the border.

“If you have friends or family overseas who want to send gifts, make sure they know the rules as well. And if you’re not sure, declare it or don’t bring it in.

“Our frontline biosecurity officers and our biosecurity detector dogs go above and beyond to protect Australia’s agricultural industries, our food supply chain, and our unique way of life.

“I want to sincerely thank our officers who work day and night to keep this country safe.” “There have been six visa cancellations on biosecurity grounds across our international airports and 861 international travellers were issued with high penalty infringement notices of $2,664 for not declaring high biosecurity risk items,” Dr Locke said.

“Some of the risk material people tried to bring into the country through the post included a whole leg of ham with the trotter still on, live leeches, a wooden cricket bat with live borers and wallaby meat.

“This year we celebrated 30 years of our detector dog program, and in the 2022-23 budget the Australian Government committed $11.7 million dollars to the program.

“This extra funding will allow for 20 detector dogs and 20 handlers, who will be on the frontline of our biosecurity system across travellers, mail and cargo.

“And it’s a worthy investment. This year our detector dog teams intercepted around 21,000 biosecurity risk items from travellers and in the mail.

“While most people do the right thing and either leave their risk items behind or declare them on arrival, there are some people who are prepared to threaten Australia’s biosecurity by trying to conceal high risk goods.

“The Australian Government takes these threats to our biosecurity very seriously. Recently, the Biosecurity Act 2015 was amended so the penalties and sentencing fit the crime.

“People who attempt to conceal high risk goods, including within their luggage, could face civil penalties of up to 1,200 penalty units, or $266,400. If hit with an infringement notice, they may have to pay up to $4,440.

“Operators and persons in charge of aircrafts and vessels who do not comply with the requirements will be subject to sanctions of up to $222,000 for an individual or $1.1 million for corporate bodies.”