‘Beating ourselves up, while rest of world plays by different rules’: AgForce webinar

A common mantra is the customer is always right.

But if customer expectations have been shaped by one-sided and misleading information, should a business or industry still try to exhaustively meet those expectations, even if it means striving for unrealistic and impossible standards, or work harder to provide better information to consumers? 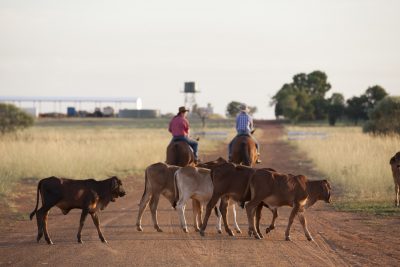 Cattle producers as small business owners are already becoming overwhelmed trying to keep up with the large amounts of regulation they must now comply with to meet customer and public expectations, a webinar hosted by AgForce on Thursday night was told.

The frustrations producers are experiencing and the concern family agricultural businesses are feeling about being regulated out of business was a central underlying theme of the presentations by three influential Queensland cattle producers to the webinar, Jacqueline Curley, Alice Greenup and Josie Angus.

Each spoke of the extent to which cattle industry is under attack from “fake news, fake meat and fake data”. They also expressed the view that industry leadership positions often appear to accept claims made against the industry and apologise for them rather than fact-check and challenge claims.

Drawing on a quote from fellow panellist Josie Angus, Alice Greenup summarised the sentiment: “We are customer -focused, but if the customer is being fed a constant targeted stream of misinformation, then how can they be a reliable guide?”

Trying to hold back the tide of bureaucracy 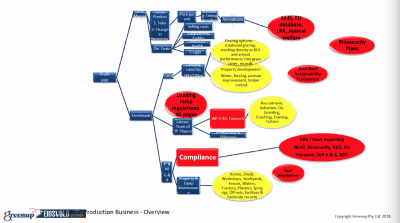 Alice Greenup presented a flow chart which highlighted the many areas in which complying with regulations now govern producers’ time, ranging from from biosecurity plans to reef regulation compliance and to livestock production assurance and Government reporting.

The industry was recently presented with a draft document outlining new regulations for national loading ramp standards which alone was 40 pages thick, she said.

Increasing reporting requirements related to industry sustainability was moving the industry further in the same direction.

“If we’re not careful that is going to really start infringing on our ability to do business,” she said.

“I personally as a small business owner, I am feeling really overwhelmed because this is what we’re trying to constantly hold the tide back on, and we need people constantly to be in there having the reality check and saying we just can’t keep doing all of these things.

“We’re going to fall over and as an industry, we’re going to end up down that yellow brick road, we’re not going to be able to comply with the standards we have set for ourselves, and then we’re setting ourselves up to fail.”

She said there were times when industry representatives, in debating the minute detail of issues, should perhaps stop and ask – “why are we even here? Who took us down this yellow brick road?”

“Of course the customer is important, but they might not be getting the right information,” she said.

“As leaders in the industry we need to I think start stripping this back and standing up to it.”

‘Beating ourselves up, while rest of world plays by different rules’

Josie Angus said the Australian cattle industry has self-imposed a definition of forest on itself that is set to cause it “real harm in a global context”. 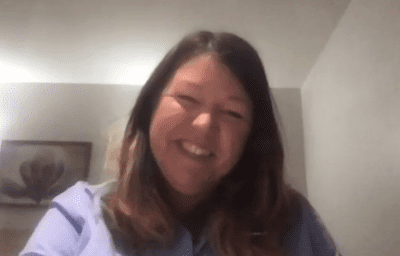 She said the United Kingdom has just announced proposed legislation that if passed will enable corporations to be prosecuted for sourcing products like beef from areas where deforestation has occurred.

Central to the issue is how deforestation is ultimately defined.

She said Australia, and specifically Queensland, was being held up as a global deforestation hot spot, but her research showed Australia’s land cover record was much better than many other parts of the world.

In Queensland laws have been in place banning clearing of remnant vegetation for more than 15 years.

“Have you ever wondered why Queensland became defined as a global hot spot for deforestation, when 87 percent of our state is marked as remnant vegetation?,” she asked.

“Have you ever wondered why McDonald’s are demanding an end to deforestation in Australian supply chains, but yet ranches in their homeland of the USA have no restrictions on thinning or clearing of agricultural land?”

She showed the below graph which shows land cover change in various countries since 1992. Australia is denoted by the small red bar second from the left.

She said Australia was much less than all G20 nations, less than Europe and less than the world average.

“So why are we the ones beating ourselves up and why are we being identified as a deforestation hot spot?” she said.

“Simply because we are not playing from the same rule book as the balance of the world. It is a self-imposed barrier to trade.”

She pointed out that the United Nations defines a forest as land spanning more than 0.5 of a hectare with trees higher than 5 metres and canopy cover of more than 10 percent.

Importantly, she said, it adds that a forest does “not include land that is predominantly under agricultural or urban use”.

The Australian industry definition, as published in last two Australian Beef Sustainability Framework annual updates, defines forest as land with trees that are taller than two metres, and a crown cover of at least 20 percent, and does not include exemption for agriculture as the UN definition does.

“So the international definition for deforestation is quite simply the conversion of forest to other land use or a permanent reduction in the tree canopy to below 10pc,” she said.

“So breaking it down, deforestation is actually a conversion of land use.

“If we were, as the rest of the world does, to classify land that is currently in agricultural use as agricultural land, it is exempted from deforestation and the example of a deforestation would become a national park converting back to agriculture… it also allows a world of vegetation management options.”

She said Australian agriculture had been made a sacrificial lamb by the Australian Government in its commitment to the Kyoto protocol which helped Australia to exceed its international target, but that would now be increased used as a trade barrier by other countries and global corporations against Australian farmers.

She said Australia should have a definition of a forest “that is consistent with those who would seek to use it as a trade barrier against us”.

“It is time we stopped apologising, stopped focusing on fixing all of the world’s environmental issues, time we stopped pandering to NGOs who want nothing more than our demise, and stop believing that the only way we can make an extra buck is to become a carbon credit so that other industries can expend at our expense.

“Our land is for agricultural purpose, I can’t underline that point enough.”

With many consumers still fresh from experiencing the very first empty supermarket shelves they have ever encountered in their life, now was a pivotal time for Australian agriculture to drive change, she said.

The plant based protein industry was growing fast and was here to stay, she said, pointing out that the products are now available in every supermarket in Australia. She said in her research she lost count of the times she read the claim that eating less meat is one of the single biggest ways a consumer can reduce their impact on planet earth.

“Have these bold statements been fact checked, apples for apples, in scientific reports by our industry organisations?,” she asked.

“Or do we just believe what we are fed like the world audience?

“…I say when are we going to stop being apologetic for cows supposedly creating, dare I say it, the great global cow methane hysteria, which is gradually being disproved.

“The science is not settled.”

Alice Greenup said the industry needs to invest in executive capacity building and leadership skills, and use levy funding to do that, or it would continue to get railroaded.

“I want to see a strong and vibrant beef industry that is valued and respected, I don’t want to apologise for what we do, but to do that we do need to tell our story and share our narrative and we know that people on the other side are very well funded and very sophisticated in that narrative that they are giving

“So we do need to see a levy to fund industry PICs (Peak Industry Councils) and then we need really experienced and qualified people to develop and implement policy strategy and education capacity building.

“A united beef industry, with direct membership, all beef producers involved, and no free loaders.

“I get really disappointed when I hear corporates say they can get inside the door of a minister and they don’t need to be part of an organisation.