MORE than 600 animal welfare incidents in 2020-21 – many relating to livestock not fit for loading – have been detailed in a report tabled in Federal Parliament today.

The report outlines 631 animal welfare incidents involving 4083 animals, among the 70.6 million animals sent for processing at export abattoirs between 1 January 2020 and 31 December 2021.

The number of incidents amounted to an “extremely low” non-compliance rate – 0.0058 percent – although there is still significant room for improvement, the Red Meat Advisory Council said today.

The welfare incident report was released by the Department of Agriculture, Fisheries and Forestry and was generated by establishment management or on-plant veterinarians at export-registered abattoirs in the two-year period. 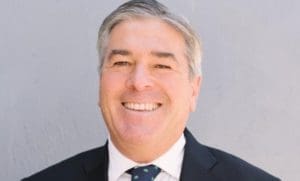 The National Farmers Federation has declined to comment on the tabled document, but RMAC independent chair John McKillop said there are clearly examples in the incident reports that “show animals in conditions or situations that fall far short of our high welfare standards and expectations”.

“While the vast majority of industry participants are doing the right thing, this report highlights that there is still significant room for improvement in certain areas of the supply chain.

“There are some incident reports that appear to document mistreatment and cruelty to animals, which is completely abhorrent, unacceptable and has no place in our industry, nor do the people responsible,” he said.

“These isolated cases have been reported and investigated, and we will be seeking assurances that penalties have been applied and corrective action has been taken.

“We will not defend poor animal welfare practices or outcomes and Australia’s strict legislation governing animal welfare are the minimum expectations of our industry and must be upheld,” Mr McKillop said.

“Our industry does not shy away from transparency on how we are delivering our industry-wide commitments to advancing meaningful and effective animal welfare outcomes,” he said.

“The generation of these reports is due to strengthened arrangements introduced in 2016 which required export abattoirs to have an animal welfare incident reporting system and processes to assess livestock after unloading.

“These reports demonstrate the reporting systems and compliance processes in place are working as intended, they highlight the need for improvement in certain areas of the supply chain to ensure we can continue to be recognised as world leaders in animal health, welfare and production practices,” Mr McKillop said.

‘Some cattle producers have done the wrong thing’ – Cattle Council 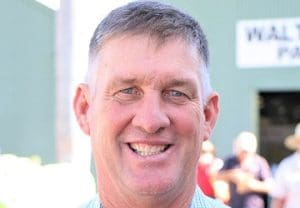 “Any person who abuses an animal has no place in the livestock industry. “These cases need to be investigated and those responsible must face the full force of the law,” Mr Hick said.

“While we will need some time to work through the reports, it is clear that some cattle producers have done the wrong thing.

“There is no excuse for putting sick or injured cattle on a truck, and those responsible should be held to account,” he said.

“This must be put in perspective – the animals in these reports equate to 0.0058% of all animals sent to abattoirs.

“However, we will not defend this outcome,” Mr Hick said.

“This includes producers complying with the Is the animal fit to load guide.”

Mr Hick said the reports are available because the livestock industry made improvements to the animal welfare system.

“There is clearly room for further improvement in some areas of the supply chain and Cattle Council remains committed to that improvement.

“The red meat industry is already looking for new and innovative ways to improve compliance and enforcement.”

This included the development of smartphone apps for rapid identification and reporting of animal welfare concerns.

“The cattle industry is committed to ensuring that our welfare assurance programs are efficient and effective and meet the expectations of consumers’ and the community.”

Most reports relate to livestock not ‘fit to load’ – AMIC

The Australian Meat Industry Council said in almost all of the welfare cases detailed, the industry has systematically identified and reported animals that were not ‘fit to load’ at the commencement of their journey.

“These animals should never have left the property, or saleyard, of origin, due to the animal welfare risk.

“In each of these cases, as captured in the document, it shows the countless hours invested by processors and the Australian Government to investigate and report these issues to the relevant authorities,” AMIC said.

AMIC said the report is evidence of the government-industry reporting system working successfully over several years.

The tabled document details how both the Australian Government and processors have worked together to push for the best welfare outcomes for livestock being processed and have made it a priority to farmers and their agents that only animals that are fit to make the journey to an abattoir actually undertake that journey, AMIC said.

“AMIC and its members have always advocated publicly that those that contravene animal welfare regulations (including federal and state regulations, importing country requirements or private customer requirements) must be punished to the fullest extent of the law.

“There is no place for poor animal welfare at any point in the red meat and pork supply chain,” AMIC said.

“The Australian meat processing industry is committed to delivering the best animal welfare outcomes for livestock at processing establishments.”

Mr McKillop said RMAC is committed to work with all stakeholders to address shortfalls to improve practices and compliance throughout the supply chain.

“We as an industry are committed to continual improvement to ensure that our customer and consumer needs and expectations are being met.

“Our assurance programs must be delivered efficiently and effectively. The red meat and livestock industry remain committed to ensure the highest standards of animal welfare practices are upheld throughout the supply chain – from producers to feedlot operators, transporters and livestock processors,” he said.

In a letter accompanying the animal welfare reports to Senate president Sue Lines, Minister for Agriculture Murray Watt said as of February 2022, 64 animal welfare incident reports were identified as being subject to ongoing or pending investigatory or other regulatory considerations of a possible breach of law by state or territory agencies.

He said the generation of these incident reports by export abattoirs and on-plant veterinarians is due to strengthened arrangements introduced by the department in November 2016.

“The Federal Government has plans to further improve animal welfare across the agricultural sector including working with industry to ensure a timely and considered phase out of the live sheep export industry and the creation of an Inspector-General for Animal Welfare,” he said.