Mr Hobson will take over the role late next month from retiring chair, Ralph Shannon. 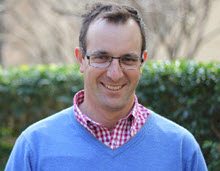 “Mr Hobson has been the regional chair of the Southern NSW regional committee of SAMRC and brings significant practical, executive and leadership experience to the role of SAMRC Chair,” Mr Crowley said.

Mr Hobson has previously held a range of corporate positions in the industry including chief executive officer of the Red Meat Advisory Council, policy officer with Cattle Council of Australia and manager of on-farm communication, research adoption and evaluation with MLA.

The selection panel consisted of SAMRC secretariat, Mike Stephens, a SAMRC co-investor representative from NSW Department of Primary Industries, a SAMRC regional chair and MLA. The panel shortlisted responses to an expression of interest advertised in Beef Central and elsewhere in December.

Mr Hobson is a sixth-generation owner and manager of Bukalong, near Bombala in the Monaro region of NSW, where he runs a self-replacing Merino flock and a self-replacing Angus herd to supply weaners for the grass and grain finishing market. He also grows a range of forage crops for livestock production.

Mr Hobson said he was looking forward to helping further cement SAMRC’s reputation as an effective forum for collaborative planning and investment in RD&A.

“Importantly, SAMRC offers a line-of-sight for producers to highlight the most important RD&A issues impacting them on the ground, to provide input to prioritisation and planning, and to monitor progress against RD&A objectives. Uniquely, it is the most direct link available between producers and RD&A service providers,” Mr Hobson said.

A graduate of Rural Science from the University of New England, Mr Hobson is a Director of Monaro Farming Systems, and has held board and senior executive and operational positions in the agribusiness sector.

Mr Crowley acknowledged the job of the outgoing chair Ralph Shannon, who retired from the role this week.

“We thank Ralph for his time and energy in the role and the great job he did in leading SAMRC, especially throughout the regional consultation process,” Mr Crowley said.

Mr Hobson will take up the role on late March.