ELDERS has confirmed a number of executive management changes to take effect from October 1. 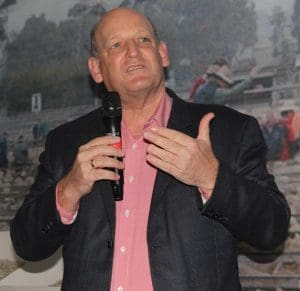 In response to questions from Beef Central today about reports of management changes made in recent days, managing director Mark Allison confirmed the following reoganisation of roles across the executive committee:

GM West Zone James Cornish moves to General Manager Network and Northern role. James will oversee the national branch network, and take on the Zone GM role for the North.

Mr Allison said the reorganisation would put the organisation in a strong position to commence FY20 and give Elders a clear focus on the strategy beyond the end of the Eight Point Plan in 2020.

“It ensures we give dedicated attention to the customer experience.”

Last month Elders announced a $187m cash and scrip offer to acquire Australian Independent Rural Retailers (AIRR), a wholesale buying and marketing group of independent rural merchandisers, which will extend its competitive footprint beyond rural retailing and into wholesaling as well. It is understood that responsibility for the newly acquired business will fall under Mr Norton’s new role as GM Rural Supplies from October 1.