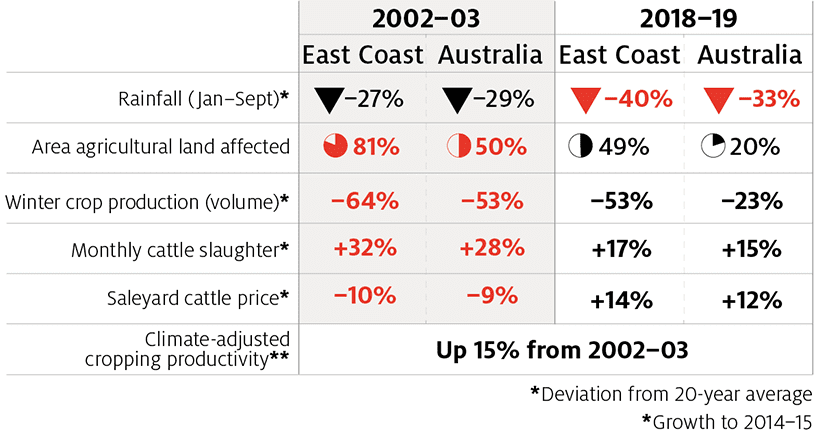 A new ABARES update released today provides a perspective on the drought, including rainfall deficiencies and its effects on crop production, livestock markets and farm incomes across the nation.

It summarises the overview provided to the Australian Government Drought Summit.

ABARES Executive Director, Dr Steve Hatfield-Dodds, said in the cropping region of eastern Australia, rainfall was down by around 40 per cent from the 20-year average.

“We expect 2018–19 winter crop production to be around 15 per cent lower than our September forecast of 33.2 million tonnes, because of lower than expected rainfall in September,” Dr Hatfield-Dodds said.

“However, the physical impact of drought is being offset to some extent by favourable economic conditions and other circumstances. These include higher livestock prices, improved farm productivity and growth in farm size.”

Read ‘ABARES Insights – Update on the 2018 drought report’ at agriculture.gov.au/drought-analysis