CHANNEL Nine’s 60 Minutes TV show on Sunday night will focus scrutiny on the current beef industry boom and the heavy investment being made in pastoral assets by some of the nation’s wealthiest individuals. 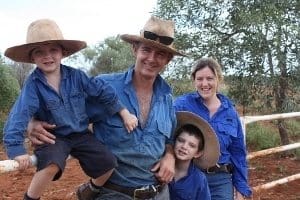 “With a hungry Asia on our doorstep, food is going to be bigger than any of the mining resources,” Harold Mitchell tells Charles Wooley.

Remarking on how rare it has been to go and “report a bush story that isn’t a heartbreak”, Charles Wooley talks with on-the-ground personnel at Yougawalla Pastoral Co and Damian and Kirsty Forshaw at Nita Downs Station in the Kimberley.