Part of a line of 80 Angus heifers PTIC to Wagyu bulls from Boggabilla, NSW, which made $2550 this week

AFTER the sequence of recent past weeks of record high listings on AuctionsPlus, the impact of the Easter long weekend saw listing numbers slip dramatically this week, with just 3208 head on offer.

Lighter, younger cattle provided many of the sale highlights.

Also from the same vendor was a line of 244kg steers carrying similar breeding, which sold for 444c/kg or $1080. 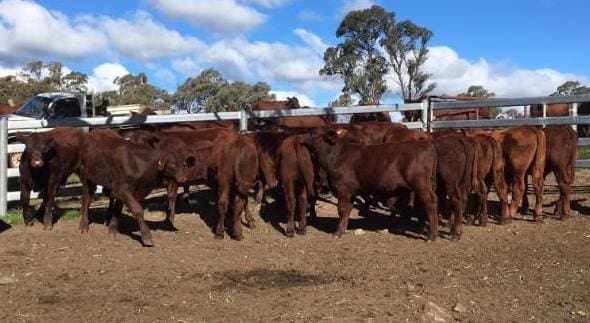 The Rosedale Rural Angus Female Sale was an online only sale this week with 399 head offered. The top heifers made $1920 per head from Smithton, TAS with the top Angus cows selling for $1750 per head from Campbell Town, TAS.