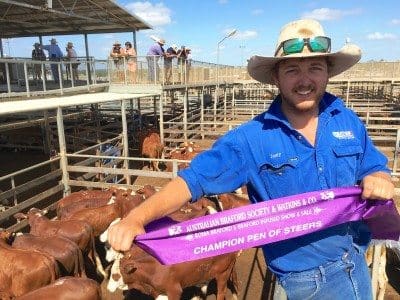 Good numbers of cattle were penned and quality improved with the inclusion of 650 head for the Braford Cattle Show and Sale.

A total of 6000 head of cattle were consigned at Roma’s Store Sale on Tuesday.