Part of a line of 80 heavy Angus cows 4-8 years, with Angus calves at foot, from Jugiong, NSW, which made $1550 this week, going to buyers at Dubbo and Blayney, NSW.

WIDESPREAD, but mostly light rainfall across parts of the eastern states, and more rain in prospect may have triggered a 15 percent spike in clearance rates on AuctionsPlus this week, with 70pc of lots finding buyers.

All young steer and heifer weight categories trended higher in price, in some cases by 10-20c/kg.

Numbers offered dropped back this week to total 6781 head, down 12pc on the week before, with the weaner and yearling sale accounting for 62pc of the offering.

Another highlight was a line of 80 heavy Angus cows 4-8 years old and calves from Jugiong, NSW, which made $1550. The line was split into two lots and will be heading to buyers in Dubbo and Blayney, NSW.

Weaned heifers weighing up to 300kg averaged $648 or 250c/kg this week. Top price of 301c went to a line of Angus weaned heifers 12-14 months old averaging 228kg from Goondiwindi, QLD which found a buyer in Bellata, NSW.

Weaned heifers above 300kg were topped by a line of Red Angus from Pipers River, TAS. These heifers were 12-13 months old, averaged 338kg and were bred out of Paringa and Pine Park blood. The heifers found a buyer in Staverton, TAS.

Among other larger lines sold this week: 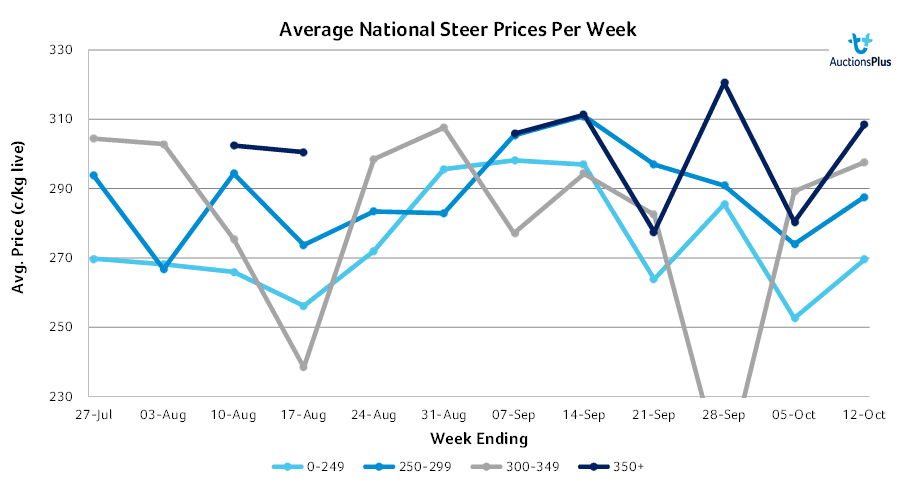 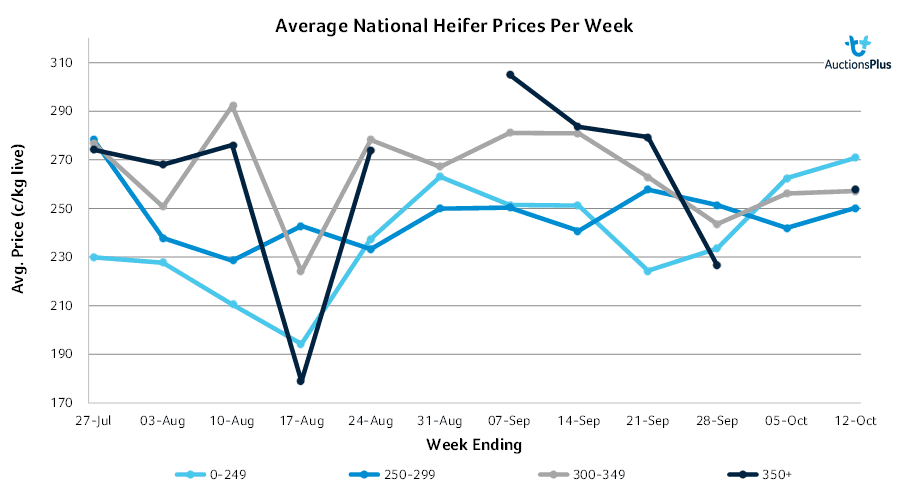