WHILE young cattle have been the centre of attention in recent record-setting across the eastern Australian livestock markets, a new national record for cows and calves was set online on Friday.

The previous AuctionsPlus record for cows and calves was $3900 for unregistered cows from a prominent Angus stud, with calves by a trait leader for the breed. Another outstanding cow and calf sale was for a line of five-year-old Angus cows and calves (cows were station mated back to Angus bulls) from Head Pastoral Co, Coonamble, NSW sold for $3840. Buyer came from the Dubbo, NSW area.

PTIC cows sold between $970 and $2900 this week to average $2143. Attracting the top price was a quality line of 3.5-year-old Angus cows PTIC back to Angus bulls, from Yirri North Pastoral, Glen Innes, NSW. The cows will travel to their new home at nearby North Star, NSW.

PTIC heifers sold from $1650 to $3050 this week to average $2291. Top price went to Charolais heifers 25-26 months old and PTIC back to Charolais bulls offered by Chenu Holdings, Baringhup West, VIC. The heifers are heading further north in Victoria to Dookie.

A highlight from the week was a large consignment of 1477 breeders offered by Rallen Australia, Kalala Station, Daly Waters NT. The offering comprised PTIC and station-mated cows as well as cows with CAF which were met with strong competition from a wide audience. Bidders were active from WA, NT, QLD and NSW, with five successful purchasers and cattle heading to central and northern NSW, southern QLD, and some staying ‘local’ in the NT. Part of a large consignment of 1477 breeders offered by Rallen Australia, Kalala Station, Daly Waters NT, this pen of 290 Brahman PTIC cows sold for $1270 on Friday 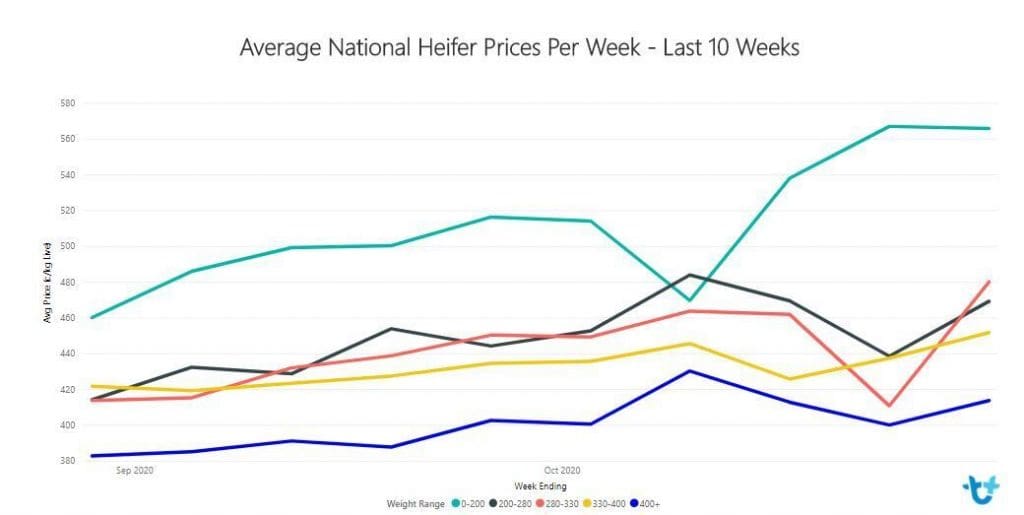 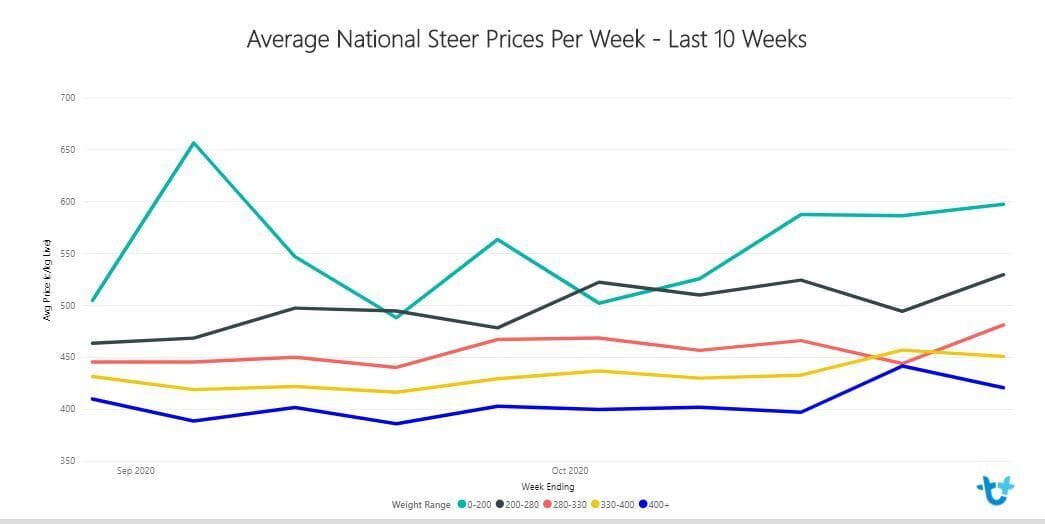 Across the water to Tasmania this week saw 508 head offered and a 100pc clearance, with two passed-in lots sold promptly post-sale.

Cows with calves at foot sold for $2630 and $3450 with the top price offered by Everton House at Evandale with a line of 16 NSM Angus heifers and calves. These 25-26-month-old Onslow blood heifers averaged 606kg and had 10-16-week-old CAF averaging 126kg, sired by Angus bulls. There were 174 yearling steers offered in Tassie this week selling between $500 and $1670, averaging $1333. Top price was secured by Troy Wright Holdings, West Pine with eight Angus x Murray Grey feeder steers averaging 381kg.