Heifers trend down, while some recovery seen in steer prices on AuctionsPlus 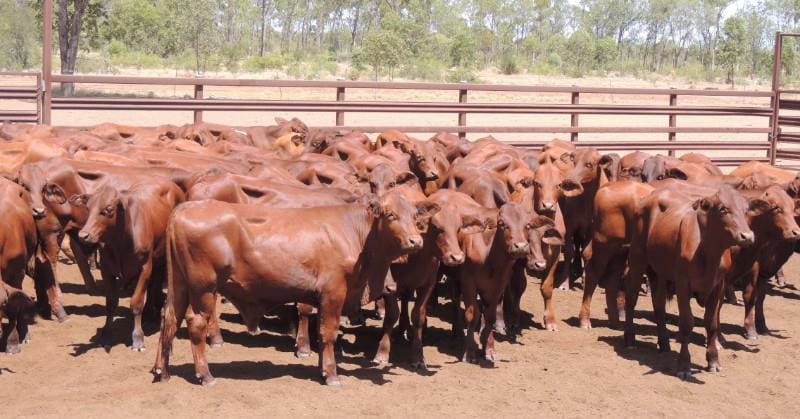 HEIFER prices trended down, while there was some recovery in lighter steer categories on AuctionsPlus this week.

Recent adjustments to the Bureau of Meteorology’s previously grim autumn rainfall forecast suggests some rain may be on the way for parts of the eastern states in the coming months. Echoing the improved forecast, buyer confidence was stronger, with clearance across all commercial sales up 20pc to average 60pc. This was particularly evident in Queensland listings, where clearance jumped from 30pc to 70pc in the past week.

Cows with calves at foot sold from $410 to $1100 this week to average $949, up $14 from last week. Top price was achieved by a line of 54 Santa & Droughtmaster cross cows and calves, aged 6-9 years averaging 424kg offered by Enniskillen Pastoral Co, Blackall, QLD, which will move to a new home at Winton, where rain has fallen.

Weaned steers sold from 191c to 340c to average 259c, up 17c from last week. The top price was achieved by a line of 22 Angus weaned steers 7-8 months averaging 367kg from Dysart, TAS, which willl travel to Shearwater, TAS.

Weaned heifers sold from 169c to 269c to average 205c, steady on last week. Top price was achieved by a line of Limousin x Murray Grey weaned heifers 10-11 months averaging 409kg from Sprent, TAS, which will travel to Smithton, TAS.

Top price for heifers was achieved by a line of 71 Angus feeder heifers 15-18 months averaging 364kg, from Ulamambri, NSW.

In a breakdown of young cattle sold this week by weightrange: