New record as EYCI climbs within whisker of 800c/kg 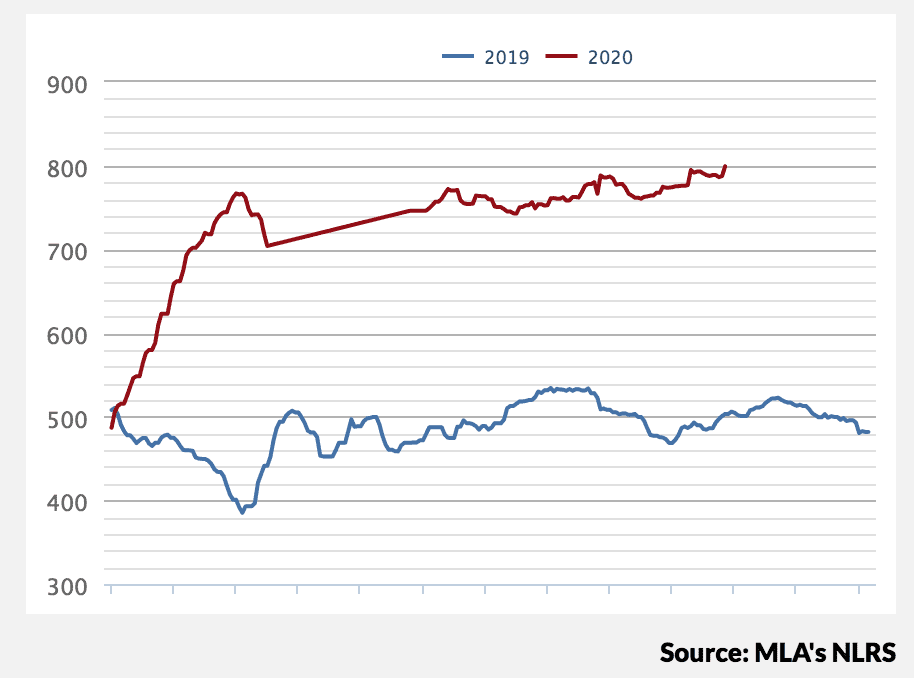 The Eastern Young Cattle Indicator reached a new record this afternoon of 799.25¢/kg carcase weight (cwt), as markets continue to be dominated by a tight supply pool of available young cattle and heightened restocker competition.

Eastern states yardings today saw a modest decline of 10 percent on year-ago levels to 43,600 head for the week ending 16 October.

NSW saw the sharpest contraction in supply, down 20pc on year-ago levels to 15,200 head.

This was largely driven by an increase in the supply of restocker yearling steers, reported at 5,800 head – the largest group across all categories last week.

Supply out of southern markets continues to be impacted by heightened stock retention and positive rainfall outlooks for the remainder of spring. This was evident in total September yardings sitting 20pc below the five-year average (110,400 head) at 91,700 head.

While Victoria saw the largest year-on-year decline at 39pc to 17,200 head, it accounted for only 15pc of total eastern states slaughter.

Queensland was the main driver of the easing total slaughter trend, declining 31pc to 54,500 head and accounting for 50pc of total eastern states slaughter.

NSW also tracked down 16pc to 29,800 head and accounted for 27pc of eastern states yardings. 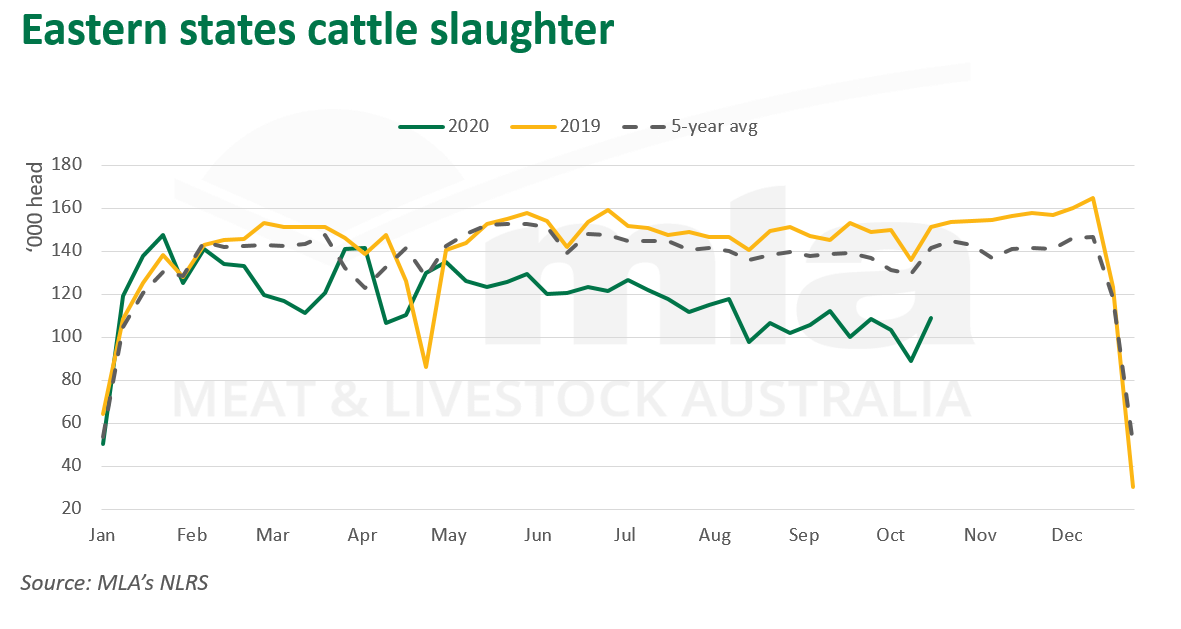