The first cattle sale for the year for Dubbo produced a very mixed yarding of 1910. 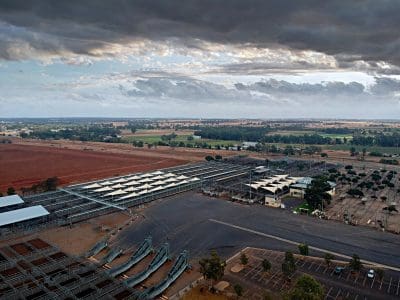 There were some outstanding bullocks yarded along with good numbers of cows.

Ideal feeder cattle were in limited supply though there were good numbers of Bos Indicus cross cattle mixed throughout.

There were odd lots of well finished young cattle to suit the processors along with a few lots to suit the backgrounders and restockers.

Not all the regular buyers were operating in a cheaper market.

Young cattle to the trade were up to 40c cheaper with prime vealers selling to 420c/kg.

oung cattle to the restockers were also considerably cheaper with the young steers selling from 260c to 448c while the young restocker heifers sold to 420c/kg.

High yielding bulls sold to 348c while the general run of bulls sold from 220c to 310c/kg.