Global demand for cheaper cuts of beef is expected to increase in the year ahead as rampant inflation and slowing economic growth see consumers trade down, Rabobank says in a newly-released report. 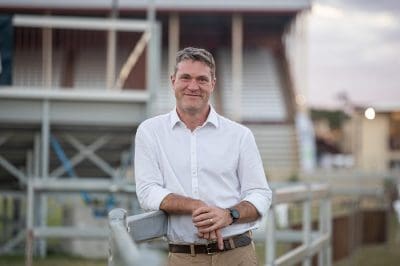 And Australia – as one of the largest exporters of beef ‘trimmings’ (the cheaper meat cuts which remain after prime cuts are removed) – is expected to be among the best-positioned countries to benefit from this increased international demand, particularly from the US, the agribusiness bank says in its Q3 Global Beef Quarterly.

“Evidence of declining consumer confidence in the face of slowing economies and rising inflation is starting to build,” the Rabobank report says.
“In general, beef markets are resilient to changes in economic conditions. However, we do see movement within supply channels and price points that tend to favour cheaper options such as mince/ground beef and quick-service restaurants over the more
expensive cuts and consumption channels.”

The bank forecasts the volume of trimmings consumed globally to remain strong and potentially increase in the second half of 2022 as consumers continue to trade down to lower-value beef cuts and cheaper proteins. Trimmings are typically used in the
production of ground or minced beef.

“Major importers of trimmings include the US, China, Japan and South Korea,” the report says. “With these countries facing slower economic conditions in the second half of 2022, we expect consumer-purchasing decisions to favor the consumption of trimmings. The US and South Korea face high inflation pressures, whilst China and Japan continue to struggle with slower economic growth off the back of COVID.”

In the US – with its high consumption of ground beef – this should support demand for trimmings both from domestic and imported sources, Rabobank says.

But, if US production contracts – with a slowing of the current US cow liquidation – higher import volumes will be needed. And Australia – along with New Zealand – will be in the ‘box seat’ to help fill that demand, says Rabobank senior animal protein analyst Angus Gidley-Baird.

“Unless we can correct this, our ability to ramp up production and capitalise on any trimmings demand growth will be limited,” he said.

“Most beef retail prices (in domestic currencies) continued their upward trend in Q2 or remained steady,” the report says.

Beef prices in most markets are sitting between five and 11 per cent higher than quarter two in 2021, with the UK a notable exception recording a decline in prices as consumer demand for beef has softened due to high retail prices.

Cattle markets around the world also remain favourable, the report says, supported by either seasonal conditions – in the case of Australian and Brazil – or strong demand, in the case of the US.

There was however some decline in cattle prices (in US dollar terms) from the previous quarter in countries including Australia, Brazil, Argentina and New Zealand.

Cattle prices continued to decline through July, Mr Gidley-Baird said, dropping below “year-ago levels” for the first time in 2.5 years, although we have seen them lift through August.

“Prices remain historically high,” he said. “Although at the end of July the Eastern Young Cattle Indicator for weaner age cattle had dropped 23 per cent since the beginning of the year, there is no need to panic.

“Since the beginning of August, we have seen prices rise again. We feel that the change in the seasons is prompting producers to hold cattle, reflected in lower saleyard numbers and with weaner cattle prices dropping the margin for backgrounders has improved which we believe has stimulated some additional demand.”

Mr Gidley-Baird said the bank expects cattle prices to contract through Q3, but the warmer spring months and pasture growth should see some stability return to the market with some possible upside in Q4.

Although Australia’s cattle slaughter numbers are slowly creeping up, volumes remain historically low, and Mr Gidley-Baird expects overall production for the year to be similar to 2021 at 1.9 million metric tonnes.