CATTLE listings dropped back to 7000 head this week, falling 1000 head on the previous week.

At least part of that can be attributed to the pulling power of industry gatherings in Rockhampton surrounding Beef 2018.

Half of all stock listed fell in the weaner category, and more than three quarters of all listings this week came out of New South Wales.

It remains a buyers’ market, with more than 600 bidders logging in across all commercial sales.

Low clearance rates continued, with only half the total cattle offered sold at auction. However, sales continue to be negotiated immediately after the auction as vendors’ expectations meet the market. This is on the back of the poor seasonal conditions in the south at present as producers continue to hope for a good fall of rain somewhere, to at least give stock a place to go.

Joined females were in supply as per last week with 2200 head offered. Clearance was limited as a result of buyer confidence, reflected in the average price of PTIC cows at $1000, falling $245 on the week prior. Kiah Lake Pastoral Co, Cooma, NSW offered 54 PTIC Angus cows, aged seven years, with all three mobs making $1210.

Cow and calf units were in tight supply this week with only four lots offered. Top price of $1520 went to a line of unjoined Angus heifers and calves from Boggabri, NSW which will be heading to Euroa, VIC. The 30-month-olds weighing 488kg had Angus calves at foot, sired by Kansas bulls.

It was a successful week for Western Australia as five vendors offered 376 head across 12 lots, with all but one lot selling. Crendon Irrigation from Donnybrook in the south west of the state offered five lots of weaners and yearlings. The top price was recorded for 21 Angus feeder steers, 12-13 months, averaging 394kg which sold for 294c or $1157. Similarly, in Tasmania, five vendors offered 133 head over 10 lots to record an 80pc clearance. Fonthill, Lemont and Melton Mowbray in southern Tassie, offered five lots of weaners topping at 336c or $880 for 14 weaned Shorthorn cross steers, aged 8-10 months.

An AuctionsPlus Wagyu sale this week offering 114 head of steers, heifers, bulls and registered females saw not one beast sold, with 13 of the 14 lots offered failing to attract a bid. 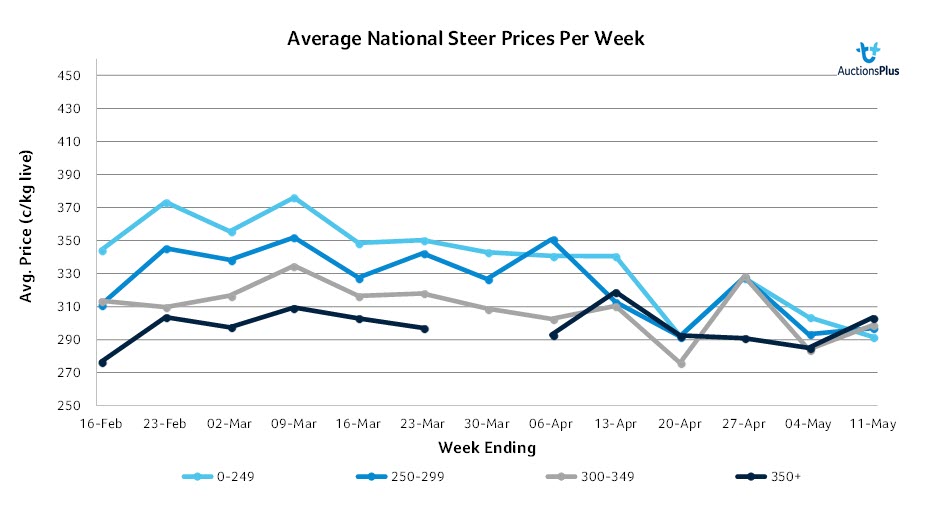 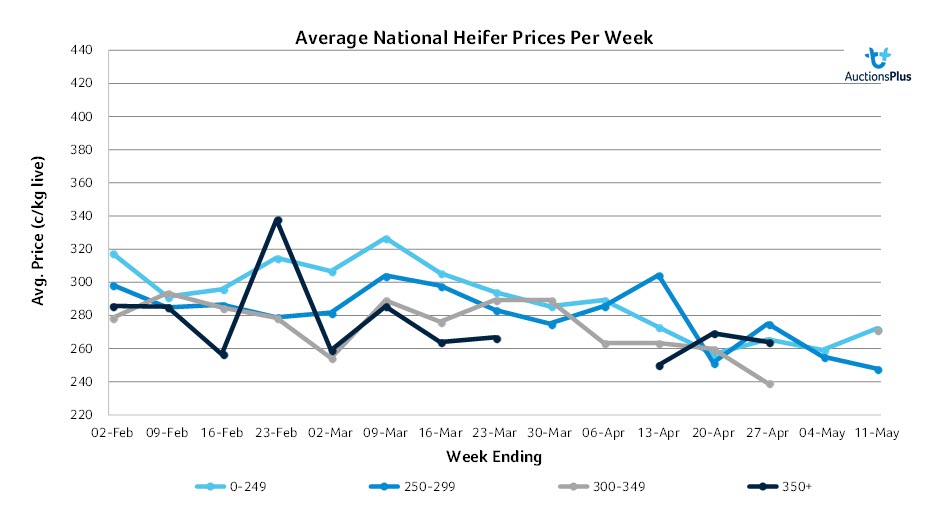