Part of a run of 120 Ultrablack x Angus feeder/backgrounder steers 363kg at 11 months from Rathdowney in southern QLD which made 308c/kg $1102 in Wednesday’s weaner and yearling sale.

BOOSTED by some large lines out of Northern Australia pitched at the re-building live export market, cattle numbers on AuctionsPlus increased by 28 percent this week to a total listing of 7863 head across four commercial sales.

Among the larger northern listings seen this week were:

Heifer prices trended down this week, while young steers were generally strong in value. Clearance rates across all AuctionsPlus sales remained steady  this week, with just over 50pc of stock selling at auction, with post sale negotiations ongoing.

PTIC and joined female numbers were strong, with 1820 head listed, with decent listings out of both New South Wales and Queensland.

Quality was varied with prices ranging from $790 to $1730, averaging $1158. Top price was achieved by a line of three year old Angus cows, PTIC back to Angus bulls, offered by Willalooka Pastoral Co from Naracoorte, SA.

Cow and calf units this week saw 336 head listed, with prices ranging from $1100 to $1675 and averaging $1344. Top price was paid for a line of four year old Angus cows and calves from Sutton, NSW. Angus/Friesian heifers and calves aged 26-28 months from Buln Buln, VIC made $1520, while a line of 36-38 month-old Angus x Limousin cows and calves from Loomberah, NSW made $1200, heading to Goondiwindi, QLD. 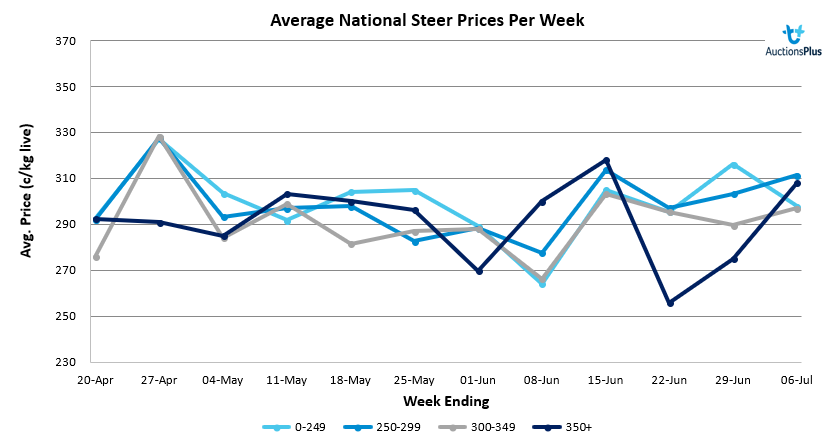 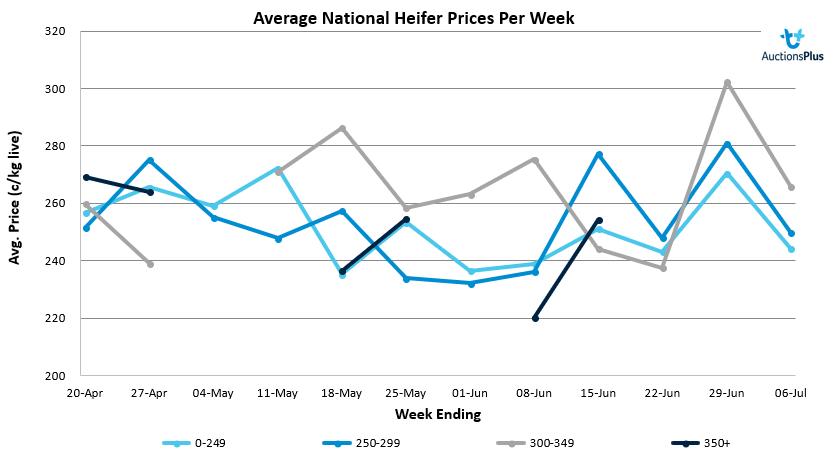