Among larger lines sold this week, from Winton, QLD, 228 Angus weaned steers, 9-11 mths, in strong store condition averaging 273 kg, being sold due to the ongoing dry conditions, made $945.

ALL young steer weight categories produced a sharp rise in prices on AuctionsPlus this week, while heifer categories were largely unchanged.

Total listings fell 24 percent to 8034 head, primarily caused by a shortage in cow and calf numbers, with listings almost halving on last week.

Yearling steers and heifers were in shorter supply this week. Demand for joined breeders was back, with just two lines selling at auction. Weaned steer numbers increased, with the larger offering attracting increased buyer activity to find a 20c/kg jump in prices and 80pc clearance across the category. Despite this, overall clearance dropped to 52pc, caused mainly by softer demand for the Queensland offering.

The top price was achieved for a line of 34 Angus first-calvers from Table Top, NSW, with Angus calves at foot, and have been joined back to Angus bulls.

Elsewhere, a line of 21 Angus/Shorthorn first-calvers with Angus calves at foot, out of Albury, NSW returned $1585.

A line of 25 Simmental x Angus cows with Charolais-sired calves at foot from Cann River, VIC retuned $1470. These cows were the oldest units out of a larger complete dispersal from Cameron Bros Farming, which averaged $1460 overall.

National steer prices were significantly up across all weight categories, with weaned steers under 250kg up 43c and heavy steers above 350kg recording a 46c increase on last week.

National heifer prices decreased slightly on all weight categories except heavy heifers above 350kg, which were up 13c.

In a breakdown of young cattle sold this week, by weight-range: 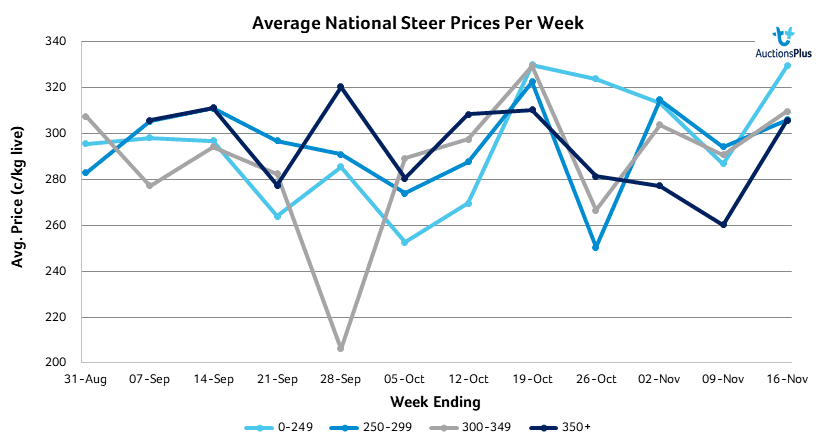 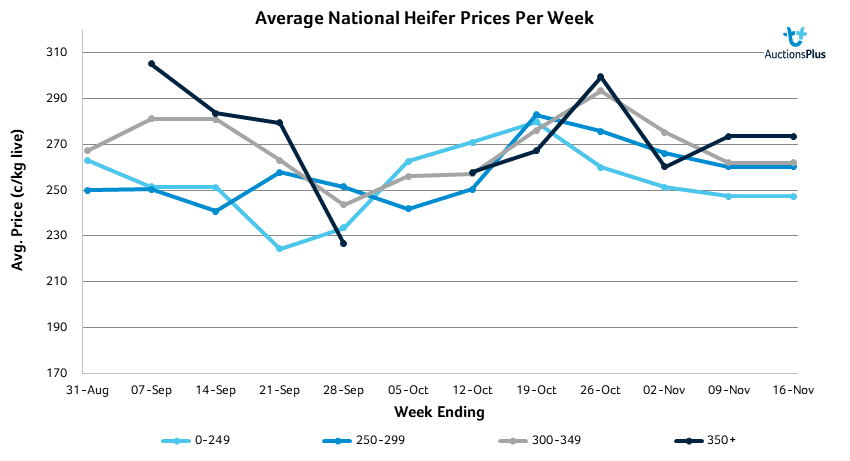