Redevelopment is scheduled to begin early next year and would deliver a modern livestock marketing facility that’s expected to generate an expected $56 million increase in total turnover, ranking Inverell in the top six facilities in NSW, the company said.

Beef Central’s recent ranking of saleyards selling centres in each state ranked Inverell Regional Livestock Exchange (IRLX) eighth largest in NSW for cattle, with turnover in 2016-17 of just over 60,000 head, and eleventh in the state for sheep. 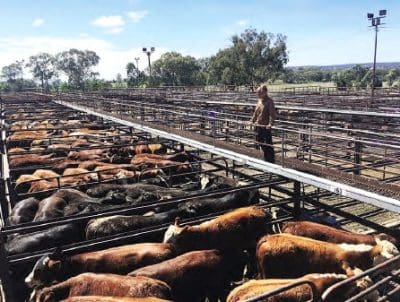 Regional Livestock Exchanges said it was strategically investing in IRLX as it recognised Inverell’s crucial role in the agricultural industry and the economic benefit it delivers to the Inverell community.

“Redevelopment to this vital link in the livestock supply chain will future-proof the region’s agricultural economic activity through increased throughput. This investment will provide substantial improvements for both livestock and people through innovative infrastructure design, improved welfare outcomes, increased operational efficiency and safety,” the company said in a statement.

AAM Investment group managing director, Garry Edwards, said the redevelopment to the current facility would not only add value to the local industry but also the communities and industries it services throughout northern NSW.

“We are excited to inject economic activity into the local community while also supporting an industry that remains one of Australia’s greatest export earners,” he said.

The investment at Inverell represented the latest stage of a $110 million investment by Palisade Investment Partners in agricultural supply chain infrastructure in rural and regional Australia, he said.

The company has targeted nationwide a network of 10-15 sites, and says it has a ‘strong pipeline’ of future sites identified, representing total investment worth around $185 million.