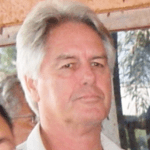 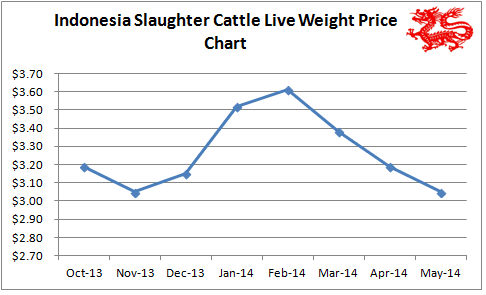 The term roller coaster just doesn’t cover it. Being in the cattle and beef business in Indonesia at the moment is more like being on one of those especially violent mechanical rides at the show where all the kids vomit.

The live cattle price continues to tumble with slaughter cattle offered for as low as Rp31,000 per kg live weight (AUD$2.87) and still they’re not moving fast enough.

Large volumes of box beef continue to flow out of Jakarta cold stores to keep the meat market fully supplied with cheap product. The natural response of the feedlots was initially to reduce the flow of sale cattle but unfortunately, forward planning means that now is the time for the feedlot to be filling up with feeders that will be fat in time for the Ramadan/Lebaran peak demand season which starts at the end of June.

Shipments of cattle for delivery April, May and June have been booked months in advance and they just keep coming. Some importers have cancelled shipments and others have asked for delayed arrival dates but exporters are just not in a position to turn the supply switch off so the deliveries continue. One obvious solution is to open some new supply chain abattoirs but due to the incredibly slow and clumsy process that must be completed to establish a new ESCAS approved abattoir this is just not happening fast enough.

Inevitably this has led to some importers being tempted to release cattle outside the supply chain with the result that 3 exporters have self-reported to the Department of Agriculture instances where they have evidence this has happened (during May).  Most exporters have in-country staff on the ground and are working closely with their customers to prevent breaches. APFINDO (Indonesian importers association) also has an Ethics Committee where importers who become aware of problems alert the committee who then notifies the appropriate exporter of alleged breaches for investigation. This relatively new process appears to be functioning quite well.

While Ramadan starts at the end of June, real demand doesn’t usually ramp up until half way through the festival month so there doesn’t appear to be much of a break for importers until mid July. Until then prices will continue to be pressed lower and margins will head further into the red.

Wet market and supermarket prices are not reflecting all of the decline in live prices as butchers take the opportunity to pick up some additional margin after a long and difficult period of high prices over the last 2 years.

The government’s trigger price for beef of Rp76,000 (AUD$7.04) at which import restrictions are once again introduced appears safe as while there are a few bargain basement prices around the majority of beef prices are still well above this level.

There are lots of rumours coming out of Vietnam of importers leaking cattle out of the supply chains but exporters are aware of the situation and focusing considerable resources on supply chains to keep them intact. The problem is largely in the north of the country where importers are more recent entrants to the trade and not so well aware of the consequences of non-compliance. One major northern importer has already been denied future supplies from all exporters while most exporters have significant numbers of staff on the ground keeping a watchful eye on the situation.

One exporter has self reported a non-compliance to the Department of Agriculture during May (this is public information which is posted on the DAFF website) and this is currently under assessment.  Importers are working hard to expand their networks of ESCAS accredited abattoirs to facilitate the further expansion of import numbers.

The sabre rattling between China and Vietnam over the disputed islands in the South China Sea appears to have tightened the border crossing into China and restricted the volumes of smuggled box beef. This border issue has had no impact on the Australian live cattle trade which is not involved in the smuggling business.

The vast majority of the product from imported live cattle continues to supply the wet markets with only minimal volumes entering the supermarket shelves. Feeder to slaughter cattle ratios continue to be around 20/80 respectively although feedlot capacity is slowly being expanded.

The recent military coup is fortunately not having any affect on the meat and livestock business despite a curfew being enforced from 12pm until 5am daily although the tourism industry is severely impacted. Prices remain steady.

May is back-to-school month so household budget priorities shift to school fees and away from the luxury of meat products. Despite this, almost all price indicators have remained steady this month. The Philippines economy continues to grow strongly with an annualised GDP growth of 5.7% based on the first quarter of 2014 even though this growth remains constrained due to the incomplete recovery from the devastating Typhoon Haiyan in November 2013.

Forget about cattle, goats are the main game in Brunei. I am only reporting on Brunei this month because I have just returned from a trip there. Live cattle are effectively only sourced from Australia so the only live weight price is the landed ship price. This results in wet market prices of AUD$8.50 to $10.25 for hind quarter cuts, not a lot more than most of our other SEA destinations. Similar product in the supermarket is also mainly from Australia and costs about AUD$15.50.

Live male meat goats sell for AUD$13.60 per kg with the average sale weight around 30 kg live. The reason is that the extremely religious Bruneians are very particular about observing “Akikah” which is the Muslim festival celebrating the birth of a child. Every time a baby is born, one goat for a girl or two goats for a boy need to be slaughtered by the family to celebrate the event. Not negotiable. As goats, and all other livestock are pretty scarce in the jungles of Brunei, supply and demand means that breeding and selling goats is the best animal production business in town.

Indian buffalo beef is now legally imported into Brunei with frozen boneless buffalo beef selling for AUD $6.40 per kg in the wet market and $7.50 in the supermarkets.

These figures are converted to AUD$ from their respective currencies which are changing every day so the actual prices here are corrupted slightly by foreign exchange fluctuations. The AUD$ figures presented below should be regarded as reliable trends rather than exact individual prices.