Live cattle exports have made a strong start to 2019 with overall numbers up 21 percent year-on-year for the first three months, at 271,000 head.

This was driven by increased shipments out of Townsville and Portland and the commencement of exports from Alma (Rockhampton). Cattle shipments from Darwin actually had a slower start to the year, back 14pc at 78,000 head.

However, the rate of cattle exports remains below 2016 levels. 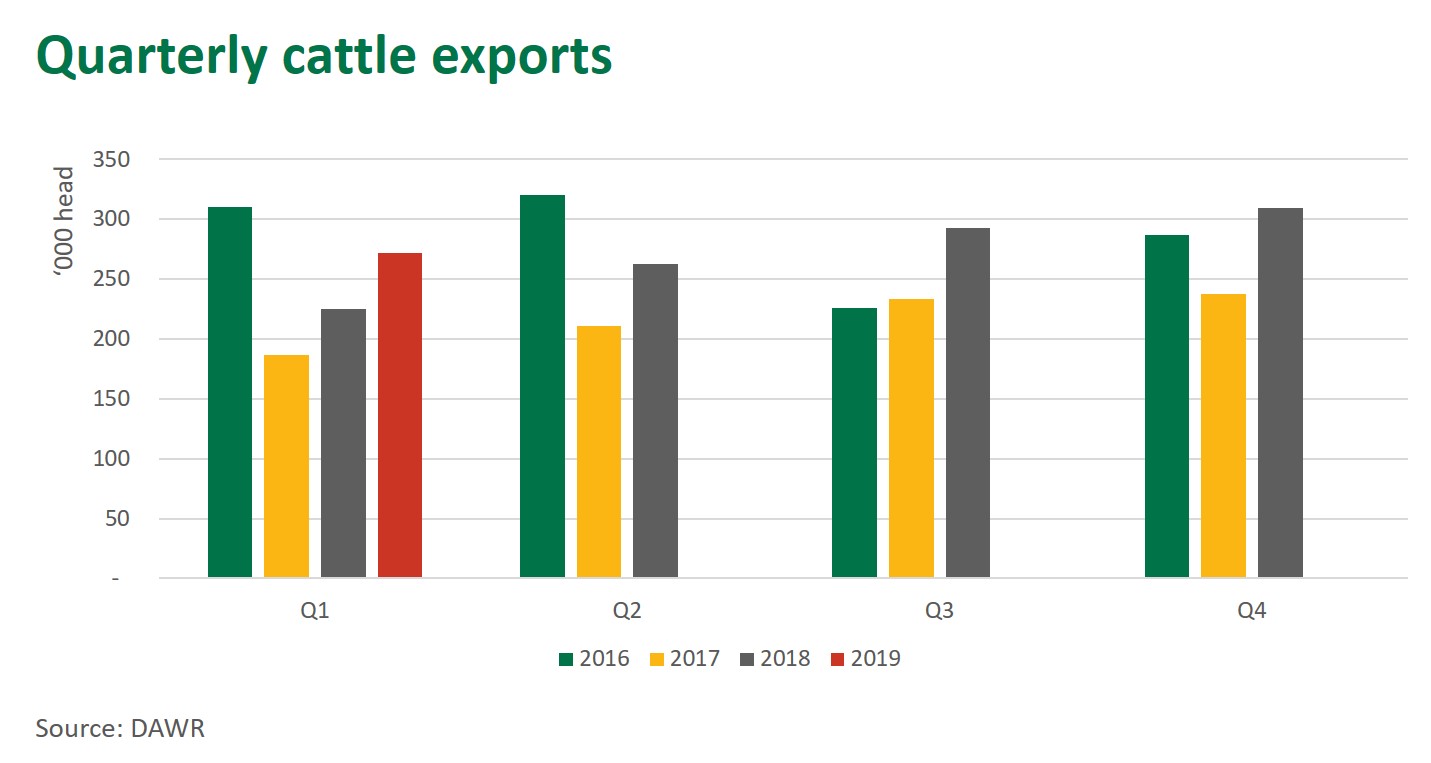 In contrast, national slaughter rates have been elevated throughout the start of 2019 and have exceeded 2016 levels, due to ongoing drought in key cattle-producing areas. Despite recent rain across north and central Queensland, poor pasture conditions saw increased numbers of store conditioned cattle hit saleyards across the eastern states earlier this year, keeping prices suppressed. In comparison, live export prices out of Darwin found strong support and were at a premium to southern markets for much of the first three months. 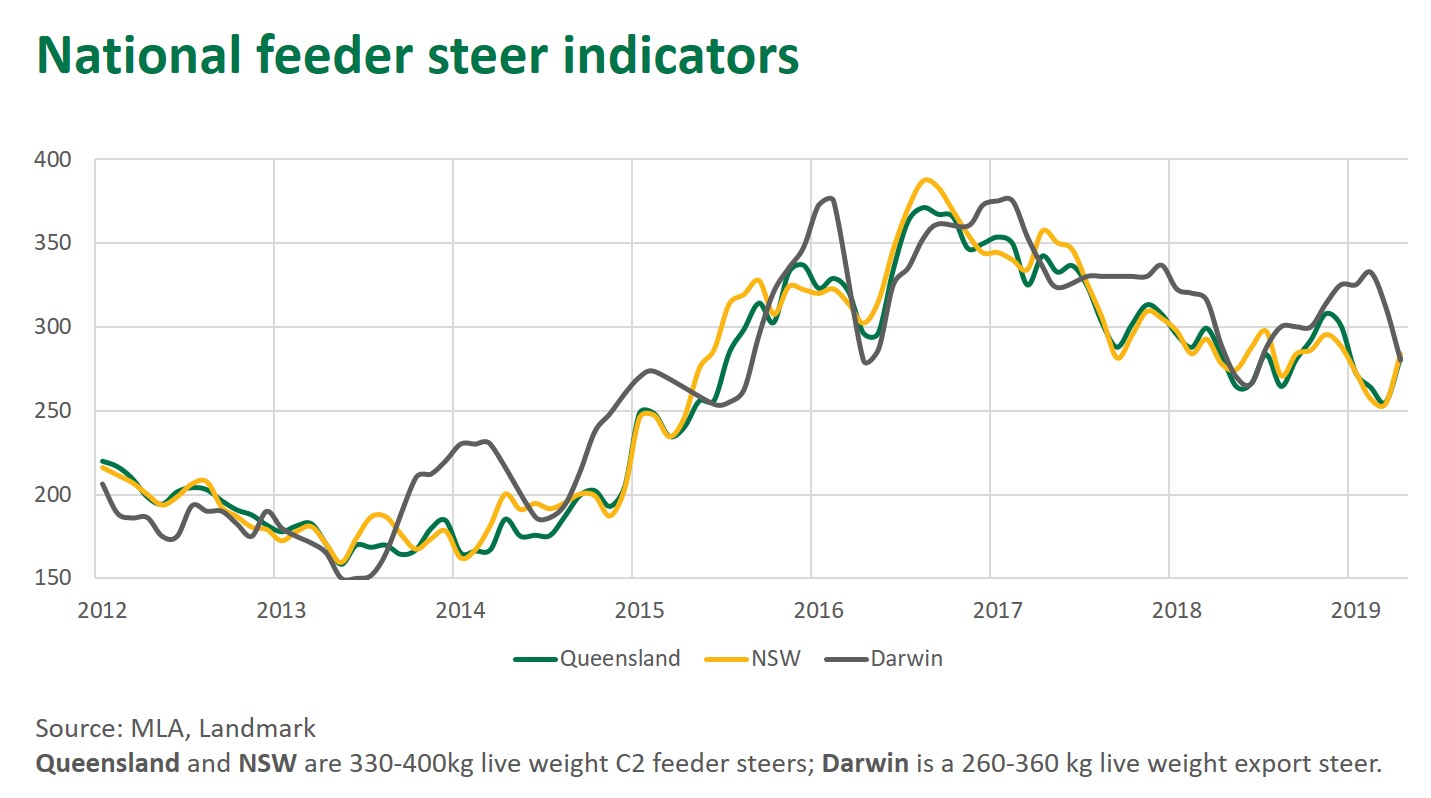 More recently, southern young cattle markets recovered most of the losses from January and February, with the Eastern Young Cattle Indicator recording the strongest weekly rises on record in March. Some of those gains have since receded. At the same time, northern prices have also eased, as cattle begin moving in greater numbers following first round muster.

As such, Darwin export prices are now in line with southern markets. The Darwin export feeder steer tracked at a 50-70¢/kg live weight premium to the Queensland saleyard feeder indicator in the first three months of 2019, but that difference has closed to an average 1¢ so far in April. Price spreads between northern and southern markets are normal over the northern wet season but not often as large as recorded this year.

Looking ahead, supply and price will be largely dictated by rainfall and the degree of restocker demand. Parts of Queensland have had good falls in recent weeks but the tail end of the northern wet season doesn’t show much promise. Meanwhile, southern Queensland, NSW and Victoria are all awaiting autumn and winter rainfall. The latest three month BOM outlook is fairly neutral for southern Australia.