The Port of Karumba in Queensland’s Gulf.

THE future of the cattle export trade from the Port of Karumba in Queensland’s Gulf is looking brighter following the announcement of a new $6.8 million dredging program for the Norman River.

The Karumba Port lies at the shallow mouth of the Norman River in the Gulf of Carpentaria, where regular dredging is required to provide reliable shipping access in and out. 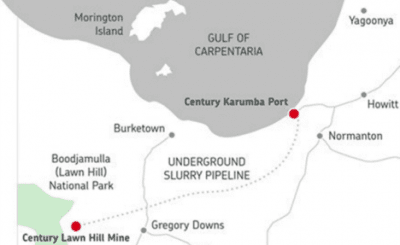 The pipeline connecting Century Mine with Karumba. Source: MDPI

For most of the past 20 years that dredging work was largely paid for by mining giant MMG which owned the Century Zinc Mine near Lawn Hill, 250km north west of Mount Isa. MMG transferred zinc slurry via a 304km underground pipeline from its mine to the export port at Karumba, where it was then transferred via smaller ships to larger export vessels anchored in deepwater outside the port, for shipping to smelters in Australia, Europe and Asia.

The depletion of the ore deposit at the Century Mine saw MMG cease its operations there in early 2016. With its departure its financial support for the regular dredging of the Karumba Port also came to a halt.

The Queensland Government funded a $1.7 million maintenance dredging campaign later that year to enable the cattle trade to continue out of the port.

Since that time the future of the port and the local cattle export trade has been under a cloud of uncertainty.

However, a new operator at Century Mine has led to a new commitment to recommence regular dredging of the port.

New Century Resources (NCR) acquired Century Mine from MMG last year and is now focusing on monetising the remaining mineral assets at Century, which it says includes an estimated 2.2 million tonnes of zinc metal equivalent resources located within mineralised tailings, and over 1 million tonnes of zinc and lead resources in associated base metal deposits and undeveloped phosphate deposits.

Under a new funding deal with Ports North, NCR has committed to spending $2m up front to begin a new dredging program at Karumba, which will create a channel depth at the port of 3.2 metres.

The Queensland Government-owned corporation Ports North will lend the remaining $4.8m to NCR, to be paid back at the completion of the project.

NCR plans to recommence shipping operations through Karumba from October this year. It says it expects to export 300,000 to 400,000 tonnes per year of zinc, lead and other mineral assets over an estimated mine life of 6.5 years.

Ports North chairman Russell Beer said the new channel maintenance agreement between Ports North and New Century Resources was terrific news for the region’s port users, and for the economic sustainability of the Port of Karumba.

“The key now is for all regional stakeholders to take hold of this 6.5-year commitment by NCR and consolidate their industry well into the future,” he said. 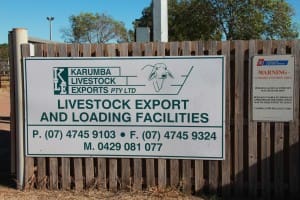 The Port of Karumba shipped between 5000 to 15,000 cattle per year in the five years before the cessation of regular port dredging activites in 2016. As many as 60,000 cattle were shipped from the port in 1997.

Karumba Livestock Exports has a pre-export quarantine facility situated right at the port.

The company said it is the only port in Australia where cattle can be brought to the yards, treated and then walked straight onto a ship, eliminating double handling.