NORTHERN live export prices have lifted in response to last week’s rain, instigating a new round of number crunching as producers with renewed seasonal breathing space calculate whether to sell cattle or hold them and add weight. 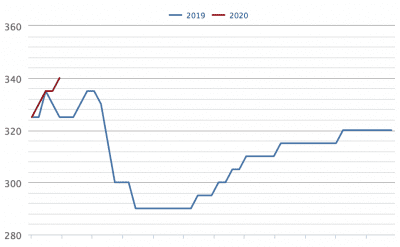 Contracted prices for live export steers leaving Darwin for Indonesia have climbed to $3.40 in the past week.

There is also talk of prices being offered as high as $3.60/kg for cattle available for delivery this week.

It follows falls of 100-300mm across a broad swathe of the live export catchment area of the Northern Territory and Northern and Central Queensland.

“We were definitely seeing a lot of hype in the market last week and early this week we’re seeing that hype continue,” Elders Townsville’s Tom Kennedy said. Producers will now be working the calculators assessing whether to take the market rate for a lighter animal today, taking into account their replacement cost, or whether to hold and continue adding weight.

The rain has not disrupted shipping activity with three livestock carriers loading in Townsville this week, including the Ocean Shearer which is taking on 9000 cattle and scheduled to load another 9000 in Darwin before sailing to Indonesia.

With the black soil country around Julia Creek and Richmond not accessible due to rain many cattle have been coming forward from further west or south, he said.

On the state of the season, Mr Kennedy said most producers were still not ‘out of the woods’ despite last week’s rain. The challenge is still to grow a body feed that will see them through to the start of the next wet season in November.

“There will be pressure on the end of this year,” he said. 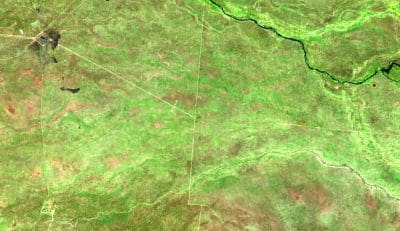 “I think the follow up rain will come through, there are good signs saying there is bit of a monsoon up in the gulf now back across the top end of the territory is going to keep coming south

“But we just have to hope like hell we can grow a bit of grass.”

In response to MLA’s market outlook projections released today forecasting that Australian live cattle exports will drop from 1.3 million cattle in 2019 to 900,000 in 2020, Mr Kennedy feels the number exported this year will be higher.

“A lot can change in six weeks, let alone 12 months.

“Demand out of SE Asia hasn’t backed off, it is not necessarily any weaker than it was this time last year, but certainly not greater.

“So demand is about the same, it then comes down to how we package our deals.”