This week’s column is inspired by discussions with Queensland beef producer Bec Burnham on using the MSA index to really start to think about genetics that impact on eating quality. The easy changes are things we can all do, but ahead of this year’s spring bull sales, producers need to consider their index values for MSA and see if they can use genetics as a long-term way of improving their own index values, either on growth marbling (in the south) and on these plus shear-force and flight speed in the north. There is a clear financial incentive to improve, based on MSA data, so it makes a sound starting point to include those traits in a search for a new sire or two this year…..

THE biennial release of Australian Beef Eating Quality Insights by Meat Standards Australia offers a very useful benchmark for producers keen to improve their production of beef that meets expectations for eating quality.

The most recent release of the report in 2019 identified that the average MSA Index nationally for all MSA cattle processed between 2017 and 2019 sat at 57.62. MSA analysed more than six million animals over the period, and the report identified a range in Index values from 35 to 73.

It is determined on the weighted average of predicted MSA eating quality scores for the 39 cuts in the carcase. The Index score is a standard measure and is now used by many processors as part of their payment system and is quoted in grid prices.

For producers, knowing their MSA Index opens up a range of on-farm opportunities that can significantly increase the value of their product. The Index values determined by MSA grading are directly impacted by on-farm attributes. These farm activities can range from having a very high impact (increasing an Index by 5) to a slight impact. While each attribute has its own impact, the combination of attributes can often result in dramatic changes to a final Index figure, and as a direct result, the price per kilogram paid to the producer. Rebecca Burnham from Eidsvold in Queensland is a beef producer who sees the benchmarking data that the MSA Index provides, (accessible here, via MyMSA) as integral data to help guide future genetic selection decisions within her beef program. 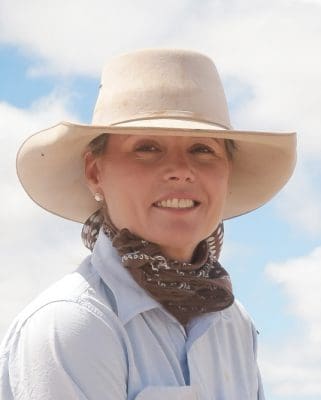 “In my case, the annual average MSA Index performance indicated there was potential to improve,” Rebecca said.

The ‘quick and easy’ changes were made around the environmental influences in the program, such as maintaining a rising plane of nutrition, not using HGP and not mixing groups before slaughter.

“This did result in quick increases, Rebecca said. “However, for continuing long-term improvement a plan was made to start looking at the genetic potential of the cattle, particularly on traits that can influence MSA Index values. However these are expensive and hard to measure traits.”

One of the challenges, particularly in Bos Indicus herds is the level of BreedPlan recording for many of these traits is still relatively low. This places more pressure on producers searching to select for traits that can offer a long-term and cumulative improvement within their herd.

It also potentially means many producers are missing the opportunity to capture some of the value that is currently on offer to higher MSA Indexing cattle.

According to the MSA Australian Beef Eating Quality Insights:

Considering the data available within the Insights, there are some key messages for producers.

As pointed out by Rebecca, it is possible to make management decisions around nutrition and handling that will influence growth rate, fatness and pH levels. However other changes such as improving marbling, temperament and tenderness (through shear-force EBVs) are possible through genetic decisions, in sire selection that will be cumulative and permanent in breeding herds.

This is equally true for southern based programs. The MSA Insights report said that in NSW, the top 5pc of cattle graded in the state had index values of 63.73, compared to the average of 57.86. The noticeable differences are the lower levels of ossification (120 vs. 170) and in marbling with scores of 520 vs. 210. The bottom 5pc of NSW MSA cattle on the 2017–19 period averaged an Index score of 52.04, and were significantly older cattle with less rib fat and very low levels of marbling.

The opportunity to use MSA data as part of the preparation for bull selection should not be overlooked. For many producers, it is possible to use the Index data along with other information available from the MSA program to consider which traits should be part of the selection decision when listing bulls in a catalogue.

The combination of selection for genetic potential in these areas with improved strategic management can lead to improvements in eating quality and a visible improvement in profit for a beef enterprise.