WHILE bulls have long been the main provider of genetic power, embryo transfer is just one tool which has lifted the influence of the female side of the pedigree equation.

Not only has ET been the multiplier of a herd’s top female genetics, it has lifted the overall quality of herds that use it. The result: a surplus becoming available of top females carrying the same genetics as their replacement heifers.

This week’s genetics report continues on from the theme we established last week: the role that registered female sales are currently having in some seedstock enterprises.

Despite 400mm of rain since January generating good feed at Ascot Cattle Co’s Warwick, Queensland, headquarters, North Toolburra, and spill-over available at a second company property near Glen Innes, in NSW, the options this year were to sell some registered Angus and Charolais females or buy another property.

The first option was taken, and the 77 heifers offered at Ascot’s autumn sale last Friday grossed $235,000, delivering 43 percent of the overall sale gross. 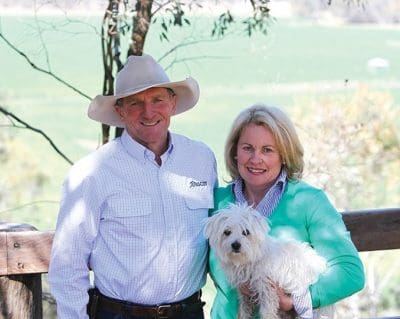 Co-principal Jim Wedge was pleased with the result. “It was either sell them as registered females or chop their heads off and be wasted to the industry,” he said.

Ascot is a 100pc registered herd running up to 700 breeders, with roughly equal numbers of Angus and Charolais, but trending towards Angus.

About 60pc of the Ascot heifers sold last week went to commercial producers and smaller studs. It is suspected some of the heifers also went to large commercial operations, many of which breed some replacement bulls for their own use.

“We end up with around 300 heifer calves a year and we keep about 20pc as replacements, so we do have some surplus that are of excellent quality. We use the very best AI sires and back up bulls so the surplus heifers carry the same genetics as our replacements,” Mr Wedge said.

The success of this first sale of females ensures the offering remains an important part of their smaller autumn bull sale, with the Ascot spring bull sale remaining the major bull selling event.

“Once you’d be flat out getting much more than commercial value for registered females, but these days we are seeing stud females bringing double or triple what commercial females are bringing,” he said.

“At one recent sale, young heifers, some joined and some not, had a reserve of $2000 and they finished up averaging more than $3000,” Mr Wilson said.

Another example was a well-known Angus and Hereford breeder in central New South Wales who had a production sale of surplus registered females, generating enough to buy another property and set his son up.

But Mike Wilson had a note of caution. “It only works for studs with a decent name, top line studs with good reputations that have genuine quality females to sell,” he said. 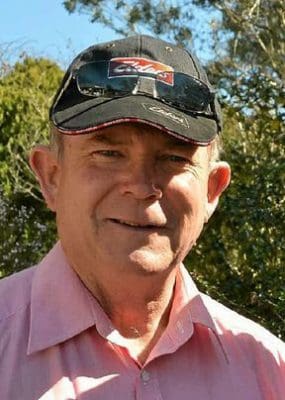 Queensland-based Elders agent Blake Munro said he would not call the additional registered females coming on the market presently a ‘trend’.

“We’ve all seen it: studs taking advantage of a buoyant cattle market, other studs buying up special genetics and commercial herds upgrading,” he said.

Another good example of the strong current demand for registered females, according to Mr Munro, is David and Prue Bondfield’s Palgrove Charolais Stud on the Qld/NSW border, which enjoyed a successful female sale earlier this month.

“Palgrove does not hold an annual female sale, but it’s one held when conditions are right and surplus females are available,” Mr Munro said.

One of the world’s most influential Angus seedstock producers, Gardiner Angus Ranch (GAR), lost 500 cattle in the last week’s wildfires in the state of Kansas in the US.

The giant GAR operation, which has a strong influence in the Australia’s Angus population, sells around 1000 bulls at three annual auctions, which in 2016 grossed close to $9 million for bulls and registered females. 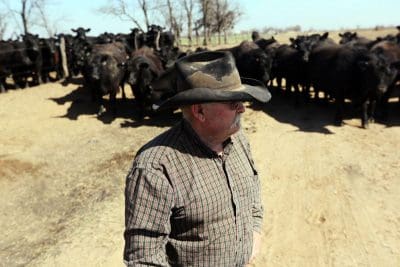 Five generations of Gardiners have been through droughts, blizzards and snow storms but the recent fire will go down as the family’s most challenging event ever. The usual lush green cover at this time of the year has been replaced with black charred country and blowing sand reported the Drovers Cattle Network.

“None of us thought the fire had this breadth and scope to it and it could do what it did,” said Greg Gardiner. “This is something we’ve never seen in our lifetime.”

Fortunately, there were no lives lost at GAR, but his brother, Mark’s home was burnt to the ground.

Of GAR’s 19,200 hectares of country, 16,800ha were grass and virtually all that was burned. The ranch also lost 6000 large round bales of hay that were strategically stored over an 8km stretch, so that not all would be lost in the case of a fire.

The 500 destroyed cattle were not insured, according to Drovers Cattle Network.

On the brighter side, GAR’s valuable donor cows survived the fire, saving multiple generations of genetics.

“If we would have lost those genetics, we would be up the river,” said Greg Gardiner.

US media sources indicated that the April 1 sale will proceed.