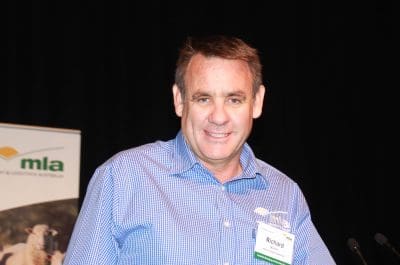 Meat & Livestock Australia managing director Richard Norton has publicly called upon Cargill to exercise its  power to put an end to a bid by US company Branhaven LLC to patent cattle selection methods in Australia.

MLA says that if allowed to stand the patent approved by IP Australia in 2016 would mean that cattle producers and industry researchers could soon be made to pay license fees for future genomic work.

Two weeks ago a Federal Court Judge upheld MLA’s appeal against the patent application, but appeared to indicate that if Branhaven made three amendments to narrow its claim within two weeks, MLA’s appeal would ‘fall away’ and the patent approval would be upheld.

Legal experts say that if the application is amended to address the identified deficiencies, the co-applicants Branhaven and Cargill stand to assert significant commercial control over methods and systems for identification and selection of cattle in Australia with superior genetic potential for desirable characteristics.

It is understood the original patent application was filed by Cargill and its then partner, biotechnology company Metamorphix Inc.

Branhaven LLC acquired its interest in the patent after Metamorphix entered bankruptcy in December 2009. Branhaven bought Metamorphix Inc and acquired its various biotechnology patents and trademarks in March 2011.

To this point Cargill has not defended itself in the appeal process. Only Branhaven has fought the appeal.

Cargill Australia told Beef Central in November 2016 it was not actively defending the appeal. It said at the time it was disappointed the matter had resulted in a legal dispute, and the company would “continue to work with all interested parties to seek a resolution to this matter”.

A legal firm that had been representing Branhaven told Beef Central last week that it was no longer representing the company because Branhaven had not paid its legal fees. Branhaven is now being represented by another Australian based legal firm.

He said Federal Court Justice Beach’s written decision on Friday February 9 suggested that if Branhaven narrows its claim, it will be successful, and its patent claim will work within the Australian bovine industry.

“So that means industry would have to pay a fee for doing any work on areas like the 50,000 SNP chip,” Mr Norton said.

“To resubmit their claim to narrow it down they need the permission 0f their JV partners Cargill.

“And I am requesting Cargill, either Cargill Australia or Cargill USA, that they do not support Branhaven in the narrowing of their claim.

“If that happens the whole issue is over and done with.

“Levy payers have spent $1.2 million defending this against an organisation that just trolls the world doing this type of application patents.

“And we are now aware they haven’t paid their legal bill in Australia.”

Mr Norton said it had been encouraging that Cargill has indicated so far that it is not supporting Branhaven in the claim.

“So we’re just pleading to Cargill, be it in Australia or the USA, that if they continue to not support Branhaven the outcome is it goes away.”

Wool and sheepmeat industry should have a single RDC

Mr Norton also told the forum that the wool and sheepmeat industries should be served by one single Research and Development Corporation, not two as it does now with Australian Wool Innovation and Meat and Livestock Australia.

He said the move would be more efficient and create more value at the farm gate for producers.

“We will probably sit here in 10 to 15 years time and work out who was right, or today we could actually work together and drive innovation through the industry for at worst a dual purpose sheep.

“You spend six months of a lifetime of a project working out can you get access to the IP.

“The average person would say just get on with it.” 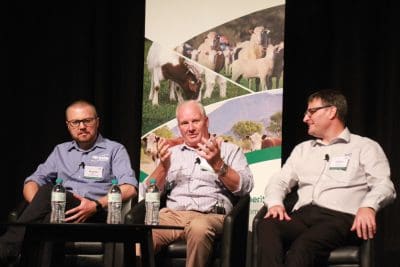 In a clear sign of how the interest in the role of genetic information in livestock production is growing, more than 350 people registered for today’s event.

The free one-day forum is an initiative of the National Livestock Genetics Consortium (NLGC),  established in October 2016 with the goal of delivering $400 million in industry improvements by doubling the rate of annual genetic gain in the commercial livestock industry value chain by 2022.

Speakers this morning have focused on the need for an industry wide, data platform driven and end-customer focused approach to driving genetic improvement in Australia’s livestock sector.

Keep an eye out for Beef Central for more stories from today’s forum in coming days.