Australia’s livestock industry is still absorbing the implications of the latest Federal Court judgement handed down on a long-running livestock genetics patent case.

In response to an appeal from Meat & Livestock Australia, a Federal Court judgement yesterday means the patent still stands, but not in its original form. 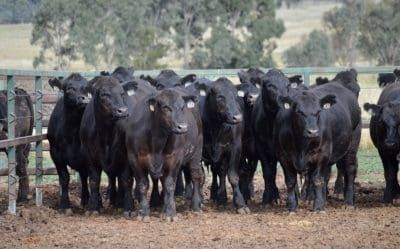 Initial indications are that the amendments will mean the result is likely to be less financially dire for the industry than originally feared.

Beef Central wrote about the genetics patent claim in this article back in 2017.

Meat & Livestock Australia has today released a statement acknowledging the decision by the Full Court of the Federal Court of Australia (Full Court).

The decision allowed Branhaven LLC and SelecTraits Genomics LLC to amend their Australian patent covering the use of genomic markers in the selection and breeding of cattle.

However, the overall case decision means that Branhaven LLC and SelecTraits Genomics LLC have been forced to wind back the broad scope of their original Australian patent application, following ongoing MLA legal proceedings on behalf of the Australian red meat & livestock industry.

MLA initially commenced legal proceedings in the Federal Court in 2016 against an Australian Patent Office decision to allow the patent application to be granted.

MLA’s intention in opposing the grant of this patent application, and in initiating these legal proceedings on behalf of cattle producers, has always been to protect producers’ ability to utilise genetic technologies in their breeding programs to maximise their productivity and to consistently deliver a product that meets global customer and consumer expectations.

In its original form, MLA considered the broad nature of the patent application posed a significant threat to genetic improvements that enhance the prosperity of the red meat and livestock industry.

While MLA remains concerned by the vague nature of the amended patent application, we are undertaking research to map the reduced patent scope across the Australian bovine genome.

MLA said it remained committed to protecting the genetic advancement of Australia’s beef herd, and we are carefully considering the full impacts of today’s judgement and assessing available options.

Source: MLA. Additional background to the case provided by MLA below

Australian patent application no. 2010202253 in the name of Branhaven LLC and SelecTraits Genomics LLC (formerly Cargill USA and Branhaven LLC) is titled ‘Compositions, methods and systems for inferring bovine traits’ and covers cattle selection methods.  The broadest of the claims in the application encompasses a method for identifying a trait of a bovine subject from a nucleic acid sample of the bovine subject by the use of naturally occurring genetic markers called single nucleotide polymorphisms.

In its original form, MLA opposed the grant of the patent application by the Australian Patent Office because of its potential impact on the red meat industry’s ability to adopt and continue to use standard cattle genomic tools.  MLA’s opposition was unsuccessful, and the Australian Patent Office subsequently indicated its intention to allow the patent application to proceed to grant in May 2016.

In 2016, MLA appealed the Patent Office’s decision to the Federal Court of Australia (the Court).  MLA initiated legal proceedings because of its concerns that there would be significant scientific and financial implications for research and development and the industry more broadly if the patent application proceeded to grant.  At a minimum, MLA formed the view that the breadth of the proposed patent claims would discourage or hamper industry research into the natural genetic makeup of cattle and the continued progress of Australia’s national genetic improvement programs. MLA argued, among other things, that the scope of the claims of the patent application were unclear and, as a result, so broad that they would inhibit genomic selection for all cattle production traits in Australia.

MLA’s investment in genomic research and development – on behalf of its levy payers and the Australian Government which matches industry’s research investment – is substantial.

In 2018, MLA was successful in its appeal to the Court on a number of grounds including that the proposed patent claims lacked clarity.

To view details of the patent application, visit http://pericles.ipaustralia.gov.au/ols/auspat/applicationDetails.do?applicationNo=2010202253